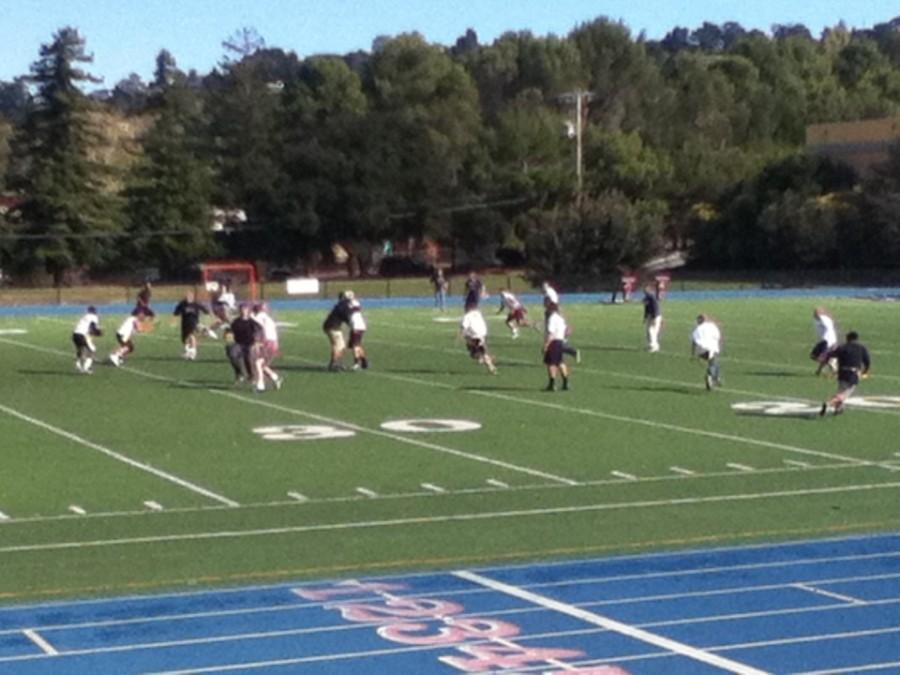 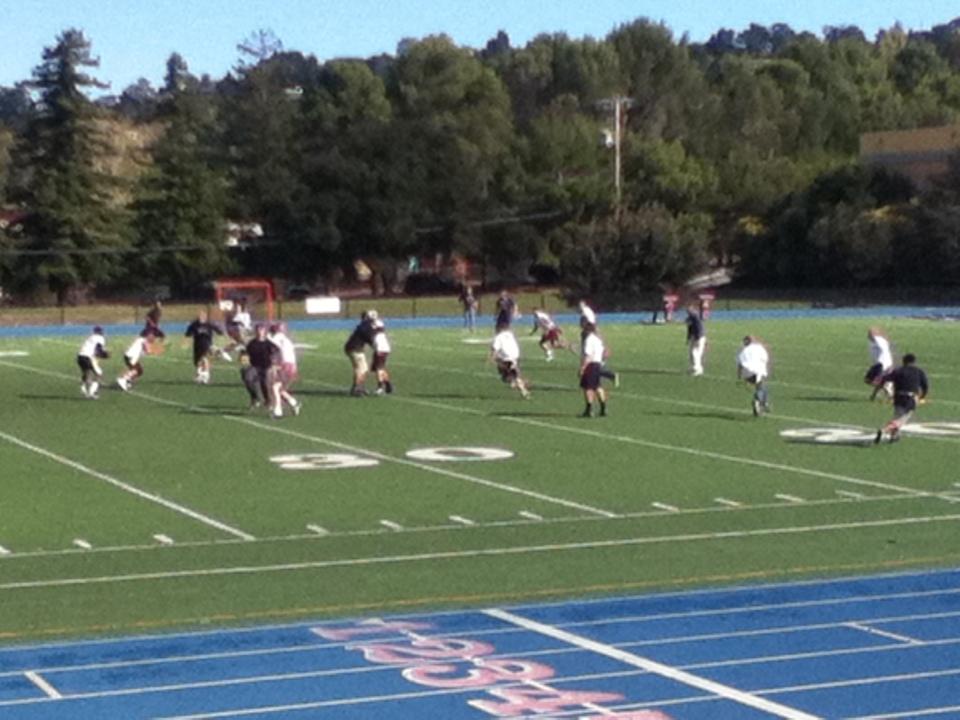 The Carlmont staff dominated the 2011 football team at the Staff vs. Students Football game during lunch on Friday, with a score of 7-0. This was one of the first Staff vs. Student games this year.

Despite the cold weather, many students piled up on the bleachers to cheer on their classmates and see some of their teachers play football. The majority of the viewers were freshmen, because it was their first time to see a Staff vs. Student game at Carlmont. They hope to get involved with the school more.

“It was really funny and entertaining to see some of my teachers playing football. I thought it was really cool how our school has these lunch events,” stated Manya Singh, a student participant.

The students started out with a great start and nearly got a touchdown, but got intercepted by one of the staff members. Throughout the game, both sides were full of energy and ready to attack their opposing players.

Although the game had lots of action and energy, many students were confused with what was going on.

“I couldn’t really tell what was happening most of the time. It was hard to tell who were the students and staff, and when they scored a touchdown. I couldn’t hear the announcer at all,” complained Singh.

Hopefully, the students will beat the staff next time in a Staff vs. Student game during lunch.