Varsity volleyball goes down with a fight 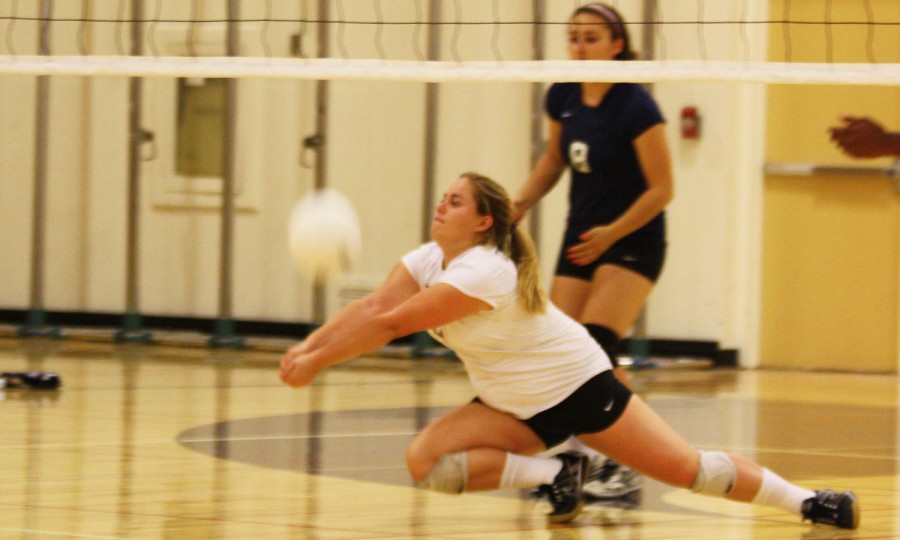 Libero, Ashley Duba dives to save the ball

On Thursday, the Carlmont girl’s varsity volleyball team traveled to Milpitas High School to compete in the third round of CCS qualifiers against Menlo-Atherton High School.

The Lady Scots went out strong but lost all three games scoring 13-25, 12-25, and 20-25. For the seniors, this was their last time representing Carlmont. It marks the end of their high school volleyball careers and the end of a remarkable season for the entire team.

Before playing the team was given a speech by one of its co-captains, Torika Ramulo. In the speech Ramulo expressed her love for the team and tried to excite her fellow players.

The Lady Scots were excited to play against M-A, the only other team in the league that they have lost to, and had strong hopes to crush them on the court so they Carlmont could move on to CCS.

Soon after the first game begun, the Bears took a five point lead that steadily increased. The first match was very intense for the Scots and the Bears who battled it out many times in the season as the top two teams of PAL standings.

After being crushed in the first game the Lady Scots were left disparaged, hoping that if they played with all their effort they could pull out a win.

The Carlmont girls all played extremely well in the third game, utilizing their best players at height of their game to come to only a five point loss.

The Lady Scots walked off the court dignified and proud of the great season they played, looking forward to a chance to set new heights next year.