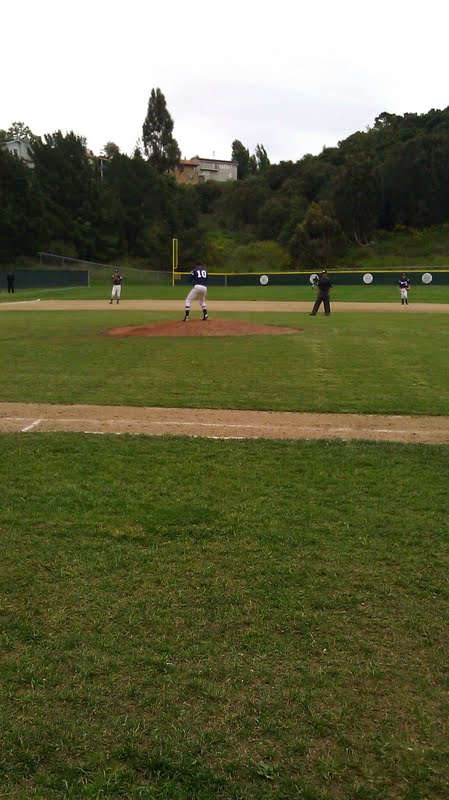 On April 25, the Carlmont Scots varsity baseball team played in a dogfight against the El Camino Colts on the Scot home turf.

The Scots looked strong in pregame and made a statement with their style of play. Starting on the mound for the Scots was be Junior Greg Hubbell, with a fired up defense ready to go behind him.

In the first inning, one was let across by the Scots, but they quickly answered back by scratching one across the inning directly after.

The Scots kept battling back and forth until they took a four run lead in the fourth inning. Unfortunately, they eased up and allowed El Camino to keep it close.

Sophomore Kyle Barret said, “I wish we had kept pounding to put them away early, but I’m happy with the win.”

Going into the seventh, the Scots were up by two with senior Nic Bongi on the mound. Things didn’t go Carlmont’s way and ended up with the bases loaded, two outs, and a Scots lead of only one.

Senior Sean Collins was on the mound and shut down the El Camino offense with a ground-out to end the game.

Collins said he “Never felt better in [his] life after all the trash talk coming from the El Camino dugout all game.”

“I just get up there, relax, and let it go if it looks good,” stated Marley.

The Scots have been showing strength recently and may have a shot at CCS, being tied for fourth in the PAL. 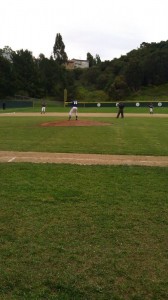