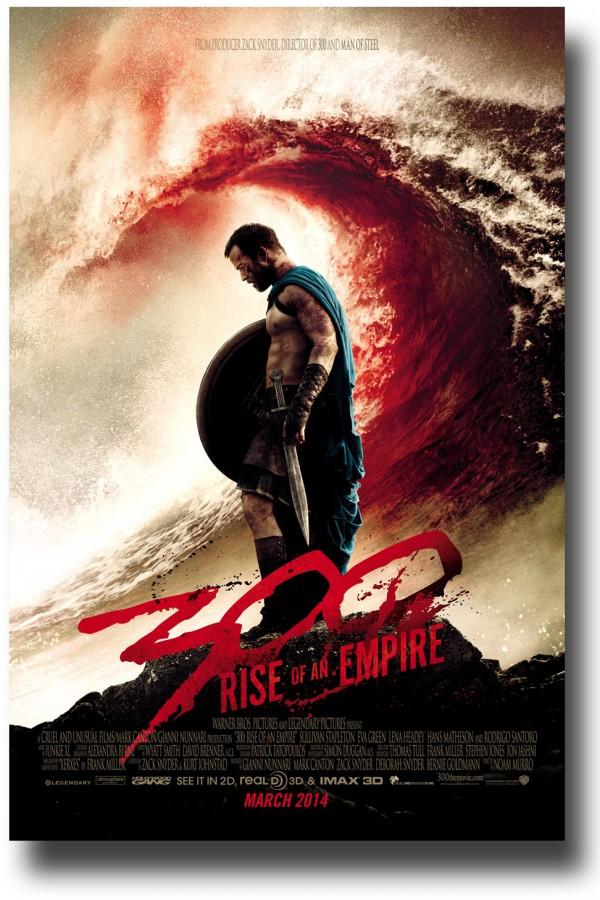 “300: Rise of an Empire” acts as a follow-up to 2007’s “300.” It tells a tale of what happened during, before, and after the wars between Sparta, Athens, and Persia. The plot may be historically inaccurate, but the movie still was compelling and entertaining to watch.

The movie is based on Frank Miller’s graphic novel “Xerxes.” “300: Rise of an Empire” stars Eva Green as Artemisia, a naval commander and partner of the Persian “God-King,” Xerxes who is played by Rodrigo Santoro. Alongside with Sullivan Stapleton who played Themistocles, Athens’s war commander, Lena Heady starred as Queen Gorgo of Sparta. The movie tells a story of the two Greek city-states who work together to fight Persia’s strong naval army.

For those who are fans of Greek history and mythology, “300: Rise of an Empire,” may not be so pleasing to an audience interested in the true historical facts of ancient Greece. The movie is not historically accurate with its tales about the war between Athens, Sparta, and Persia. “300” and “300: Rise of an Empire” was purposely created in a way to entertain and show a more modern comic-like story of ancient Greece’s famous battles.

Aside from its historical inaccuracy, the movie however did a good job of keeping the audience entertained. With its dark and gloomy effects as well as excessive gruesome scenes, the graphics made the movie a lot better to make up for its poor facts of  the battles of ancient Greece.  Even though the special effects may not have looked completely realistic, it still created entertaining comic-like  graphics which kept the audience compelled.

Unlike the first movie, “300: Rise of an Empire” created significant emphasis on women and their leadership. The story of “300” mainly starred men as soldiers and commanders at battle, but “300: Rise of an Empire” did a great job on creating a focus on women leadership. It was interesting to watch Artemisia of Persia and Queen Gorgo of Sparta as superior roles during the wars between Greece and Persia. Even though it is historically incorrect that women fought as warriors during the naval battles, the movie did a good job of implementing unusual women roles as soldiers and leaders to create an entertaining modern twist.

Overall the movie was not all that great because the script and screenplay was a little bit too comic-like. The modern plot twists were interesting and the graphics were entertaining. However, the acting could have been a lot better and the movie dragged on at times. Even though most of the story was not historically accurate, “300: Rise of an Empire” was still worth watching.