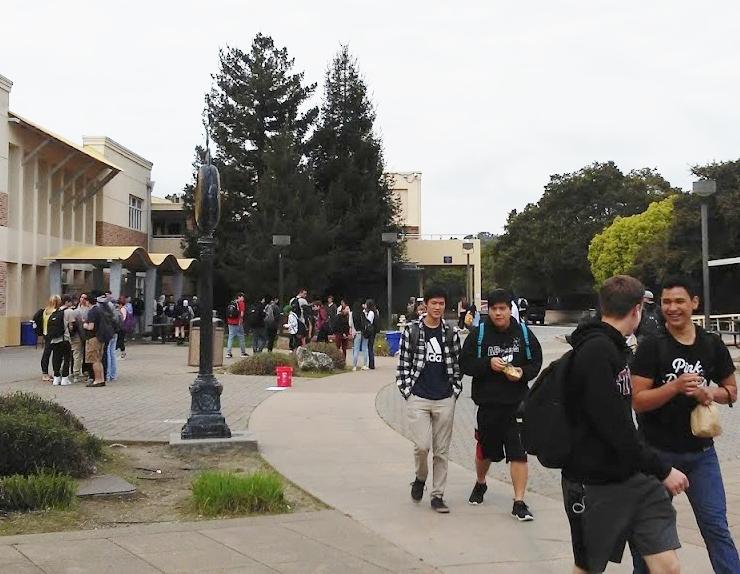 Students enjoy the clean campus as they stroll through the quad to throw away their food.

Throwing away trash is not the top priority for every student.

However, by eliminating the trash, students can make the campus look much cleaner and increase positivity throughout the community.

“I am happier with a clean campus because there is no disgusting mold,” said Charles Hong, a sophomore.

Unfortunately, certain areas on campus have more trash lying around than others.

“The quad, C-hall, and other densely populated areas have lots of trash. However, there are parts of school like U-hall where there isn’t any trash because no one sits there,” said Justin Wang, a junior.

“I eat in the drama room and most of the trash comes from freshmen who don’t know the law of the land,” said Shea Rouland, a junior.

A clean atmosphere provides a more peaceful campus as students don’t have to worry about stepping on trash or rotten food.

Wang said, “Some of the people sitting in the hallways throw food which has caused some traffic because people try to avoid the food bits.”

Many believe that eliminating the trash and keeping the school clean all comes down to the students and their decisions.

Rouland said, “People need to take accountability for their messes, it’s a quick two seconds that benefit the whole campus.”