Mamba out: this night will live on in history 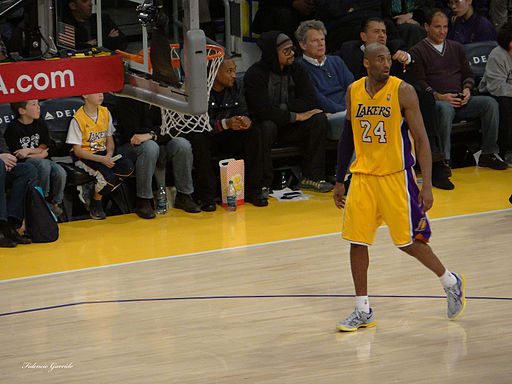 Kobe will go down as one of the greats in basketball history.

The night of April 13 was one that will live on forever in the basketball world.

Two historical events occurred in one night: Kobe Bryant’s last game, and the Golden State Warriors’ chase for the best record in NBA history at 73-9.

Whether you were watching The Warriors or Kobe and the Lakers, you were in for a treat. Watching one of the greatest players to play the game for the last time outweighs any other game, in my opinion.

Kobe’s big night had everyone from ex-teammates such as Shaquille O’Neal to celebrity fans including Jack Nicholson watching him one last time.

The Black Mamba managed to drop 60 points in his final farewell for a Los Angeles Lakers win over the Utah Jazz, 101-96.

For many, including myself, Kobe was a player to look up to not only for his skill set but for the will, determination, and drive for greatness he possesses.

It has been a long and interesting 20 years in the league for Kobe, and the game will not be the same without him. It will be strange come next year to not see him playing basketball anymore.

A lot of people loved Kobe Bryant, and a lot of people did and still do hate him. However, even those who dislike him respect him at the same time as one of the greats.

On top of that, scoring 60 points at age 37 gave him the achievement of having the most points scored by a player in his final game.

It is definitely up for debate that Bryant will go down as the best basketball player ever through all the achievements and milestones he has accomplished in his 20-season career.

Come next year’s 2016-2017 season, if it feels like something is missing, that’s just the absence of one of the basketball legends: Kobe Bryant.