A few thoughts on student journalism 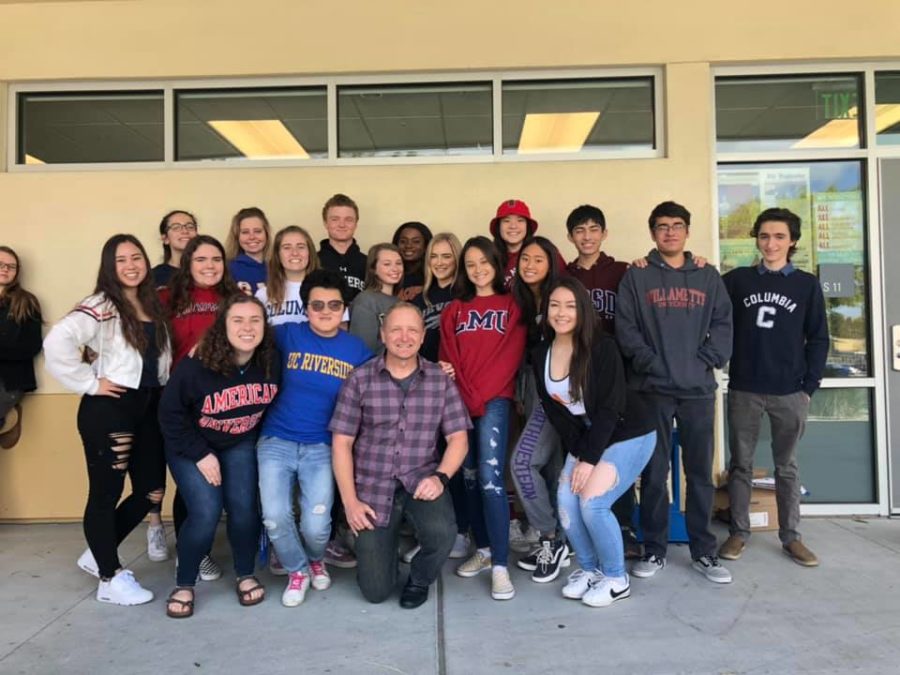 The 2018-19 seniors of Carlmont journalism take one final picture all together.

It’s been a fun year.

My time in Carlmont’s journalism program was pretty accidental. I signed up for the class because I had one period free, liked to write, and had friends in the class (who promised me somewhat, uh, broad editorial discretion). Although I’d been involved in local government beforehand, translating that work into writing wasn’t really on my radar.

But after a year of torturing my editors with long-winded screeds about city politics, I can’t quite overstate just how influential this class has been for me.

I learned a lot here. The times I spent running around the peninsula chasing interviews, digging through historical documents, prying information out of the unwilling, and filling in the conspicuous and inconspicuous blanks are some of my fondest and most formative memories.

It also taught me a lot about the nature of those currently and formerly in power. I’m not melodramatic enough to qualify myself as jaded, and I still retain a lot of optimism and altruism about the nature of public service, but there were certainly things that occurred while covering city government in the Bay Area which slightly demurred my faith in it.

Local history and politics have been the two themes which I tried to cover most extensively in my work for this class. In September, I attempted to synthesize them into a bit of an ode to Belmont, a project which taught me far more about writing and journalism than anything else I’ve experienced to date. It was so instructive because it did not simplify or glorify or reduce the nature of the job.

For a few months, I got to work as an actual journalist.

That also means I was given a soapbox, albeit small, on which I could voice opinions and be active in local elections. Another one of my favorite memories has me sitting in a hotel room on a class trip to Chicago, holed up at the kitchen counter while my closest friends in the class sat in a corner and watched High School Musical or something, furiously pounding out an op-ed endorsing the incumbents in the Belmont city council election that was ongoing at the time.

The next morning, I watched as that article made a few rounds on social media and achieved a degree of local popularity on neighborhood groups like Facebook and Nextdoor. Witnessing my article have a tangible effect on the election during the ensuing days made me fall in love with the idea of journalism, not just as a profession but as a means of expression and as an integral part of a functioning society, where websites and newspapers serve as conduits of information for the public to receive.

During the aftermath of that article, I also received some less-than-polite responses, both on the aforesaid social media platforms and via email. One stands out in particular. It’s from Coralin Feierbach, a longtime former city council person whom I interviewed for my long-form piece a while back and whose politics I fairly staunchly disagreed with in my endorsement op-ed. (The full text is available here. I have it framed.)

Journalists seem to walk a fine line between impartiality and agenda; between doing what they believe is right and operating in accordance with an ethical framework. Such a tightrope requires that one have a thin skin or else be able to rigorously justify their actions. Were it not for my experience in Carlmont journalism, I would not have developed nearly the level of ethical interrogation that I now try to practice.

But this isn’t about me. I’m not sure I’ll be pursuing journalism out of college — I’d certainly like to, but I can’t be certain whether or not I’ll be able to make a gainful career out of it and still remain in the place I’d like to call home into the distant future.

Instead, this is about the job of student journalists everywhere.

This generation has seen an endemic loss of local newspapers. What I wrote about here has been true for a long time and will remain true into the foreseeable future, save for some kind of messianic intervention that would have to happen yesterday which, in turn, places a huge degree of responsibility on us as student journalists.

Take Belmont, for example. We are roughly serviced by one paper, the San Mateo Daily Journal, but they also cover the rest of the county and beyond. Larger regional papers cover us when it’s convenient, and it’s rarely convenient.

Scot Scoop News and Carlmont’s associated publications are basically Belmont’s only source of reliable and reliably local news. We can’t flub that duty. It’s a bit absurd and also very telling that articles written by a student journalist were able to have any impact at all in an election, and although a preferable scenario would have seasoned journalists giving local politics professional coverage, that isn’t the world we live in.

That means we have to take the duty, run with it, do it well, and enjoy it. Thanks for reading my work.