A loss full of penalties 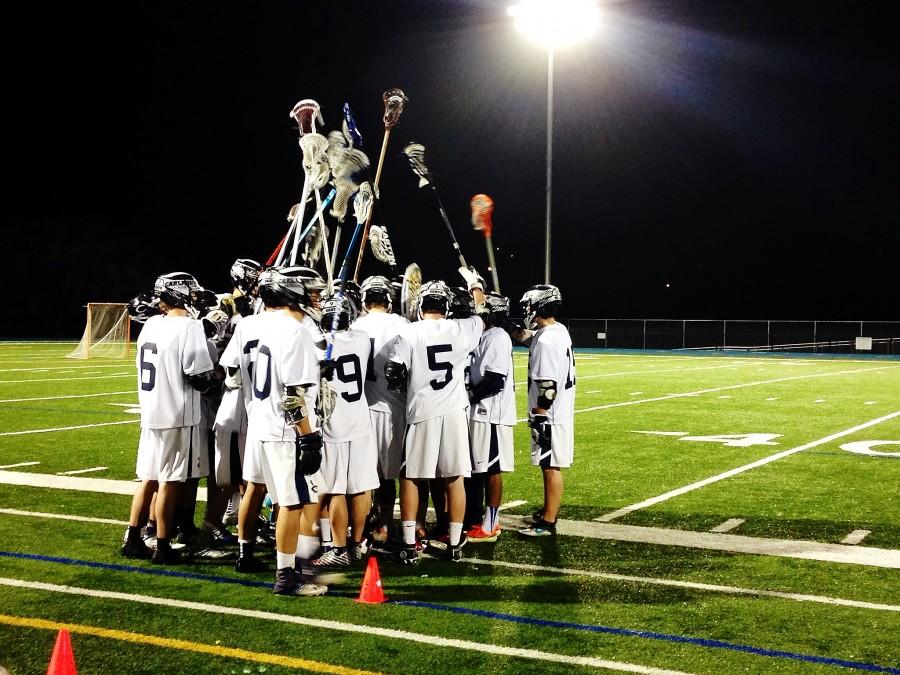 Scots ready to begin the season

Varsity boys lacrosse started the season with a 9-11 loss against Saratoga.

Junior Cole Castro said, “It was the same team we beat freshman year so we expected to beat them.”

Several players on the Carlmont team had been playing all of high school and thought they would start the season off with an easy win because they have played the same team before and beat them.

After playing, the players recognize their strengths and weaknesses as a team.

Castro said, “As our first real game of the season we need to work on defensive sliding and ground balls in our practices.”

Unlike Carlmont, this game for Saratoga was the sixth in their season.

Junior Shelby Rebholtz said, “We didn’t know what’s to expect, and after playing this game we need to work on defensive slides, smart passes, and picking up our man on defense. Things we did well include running plays and the communication on offense was pretty good. Our face-offs were effective and good until our two main face off men got hurt.”

Senior Lorenzo Fuentes said, “Saratoga was playing dirty with sticks to the neck and head.”

Castro said, “They played a dirty game because they were dirty on the face offs they were doing high checks and pushing from behind and they were not always getting called which made them continue to do that.”

In order to avoid future fouls and losing games the Scots plan to work harder with being aggressive during practices basic skills such as communication and passing and throwing.

Fuentes said, “Communication is something we need to improve on in our future games and practices as well as being aggressive.”

Senior Kevin Velcich said, “We played better than previous games but we need to work on basic things such as catching and passing.”

Rebholtz said, “Overall we did pretty well in our first game against them considering they have already played six games.”