A new perspective on politics 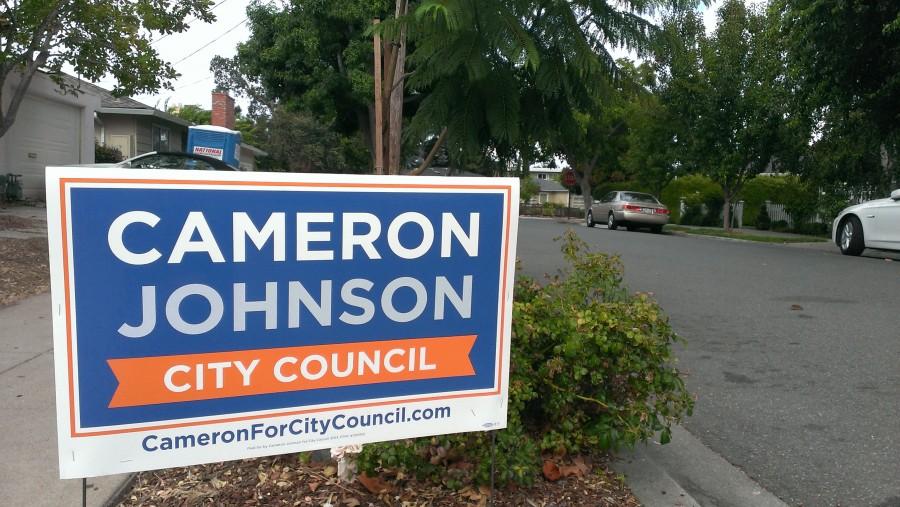 Interns put out lawn signs during the election

Over the summer, I worked on a Cameron Johnson’s San Carlos City Council campaign and I discovered that the only obstacle blocking us from changing the world is us.

It all started in March when Cameron Johnson, a San Carlos city council candidate, announced his candidacy over Facebook. 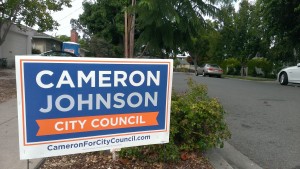 Interns put out lawn signs during the election

I saw the announcement and quickly asked him to come visit the Junior State of America (JSA), a club that promotes political awareness and involvement.

His guest speaking convinced me that this was the campaign to be involved in, so I worked with Johnson to set up a summer internship program that I could do.

I told some other members in the club about the program and they were motivated to become involved, so we had roughly five people from Carlmont interning for Johnson’s campaign.

The interns were mainly tasked with canvassing, knocking on doors and spreading the word about the candidate, and data entry, entering information from canvassing results.

Johnson was challenging three incumbents with no major controversy or contentious issue, and thus made it harder for him to challenge the council. Also, the common belief in politics is that the incumbents always win, so Johnson was in for an uphill battle.

Before the interns, it would be realistic to suggest that Johnson would have had to canvass 80 percent of the house in San Carlos by himself, with the other 20 percent being done by family and friends.

Analysis from the data that was collected says that with the interns Cameron canvassed about 40 percent with the interns doing approximately 40 percent, and friends and family doing the remaining 20 percent. Thus, suggesting that the interns were instrumental in reducing the amount of time it would take to cover area.

Intern time sheets show that 20 hours of data entry was done, which significantly makes a campaign more efficient by organizing all canvassing results into one main database.

Finally, interns helped distribute the lawn signs seen all over San Carlos during the election season.

Johnson’s campaign had an energetic youth backing that was ready to work long and hard to secure a win.

On Nov. 5, at 8:05 p.m., we saw the effects of an organized, efficient, and motivated campaign. Johnson was second in the vote count and was beating 2 incumbents. At the end of the night, he had a secure victory and won a term on the San Carlos City Council.

I am not suggesting that Johnson’s campaign was purely won because of the students, but I am suggesting that every student can make a difference if they get involved. Students cut the amount of extra work Johnson would have had to do himself.

If every student threw their passion into politics, students could be a force of change, and right now the only roadblock is their own unwillingness to be involved.