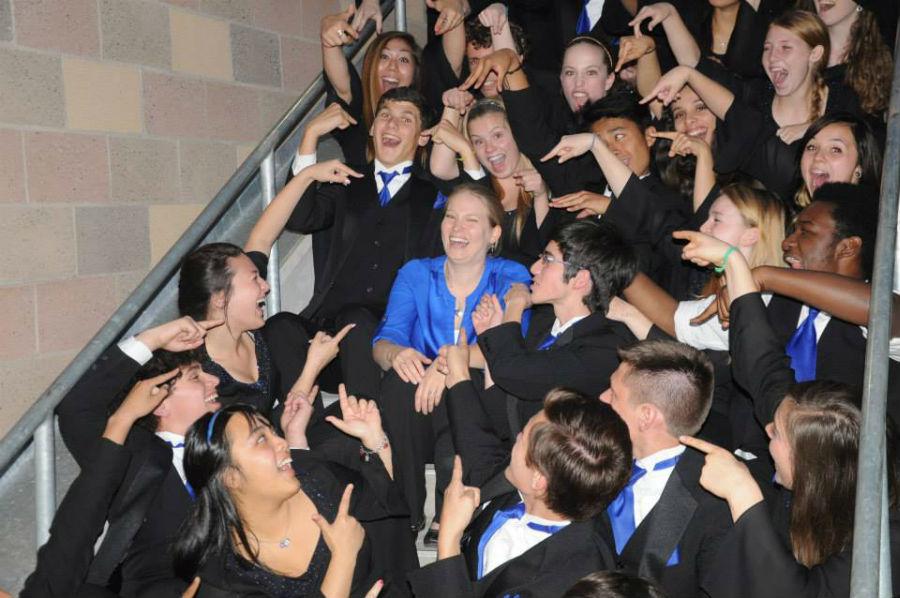 Every year about 33 female and male students are chosen to be in the class after an audition process that happens in Spring, towards the end of each school year. This year 22 new students were accepted into the group, including two freshmen.

The large amount of newcomers for some means a totally new choir. In addition, out of the whole choir four new section leaders were chosen to lead each voice type within the choir: sopranos, altos, tenors and basses.

Senior and third-year Chamber Singer Andrew Yazghur said, “Being the tenor section leader this year was definitely something I was bracing myself for, but what I was not ready for was the amount of new tenors. Of the eight tenors that we have, six are new, and that definitely put some pressure on me. So, for the first couple of weeks, I was scared that I wouldn’t be as good as the previous section leader, but now I have come to see that everyone is talented and they wouldn’t be in Chamber [Singers] if they weren’t.”

This year choir students are waiting to perform at their annual benefit pops concert, the Evolution of Pop, which will include songs by Beyonce, One Direction, Bruno Mars, and many others. Other than the regular three annual choir concerts, Chamber Singers will also perform at the upcoming Save The Music Festival in October as well as Carlmont’s Black and White Arts Council Gala.

Senior and Chamber Singers newcomer Kira Roman said, “Being accepted into Chamber was super exciting because I knew there would be new and fun challenges and awesome pop songs as always. So far, it’s been so fun and different from what I’m used to, having been in an all girl choir for the past three years. I love the different sound and the variety of people in it.”

Being in Chamber Singers for someone usually means staying in it for the rest of their high school career. Many students describe choir as the most fun part of their day and a way to express themselves with a group of others who have the same passion for singing.

Sophomore Coby Zhong, who was the only freshman who joined Chamber Singers last year, said, “Being a freshman last year in Chamber Singers was really scary because I didn’t know what to expect coming into it. It’s great to see that we have two freshmen in Chamber this year and I can relate to them because they are in the position that I was in.”

Often times members of Chamber Singers study music on their own after graduating and moving on to college. The interests of these alumni usually ranges from joining a cappella groups to even joining other high-level chamber choirs at their universities.

Whether it’s a Chamber Singers’ first or fourth year, one thing is clear: each individual member has a passion for singing. With their self-expression and talent, each singer works together to create music for everyone to enjoy.