A student who volunteers constantly 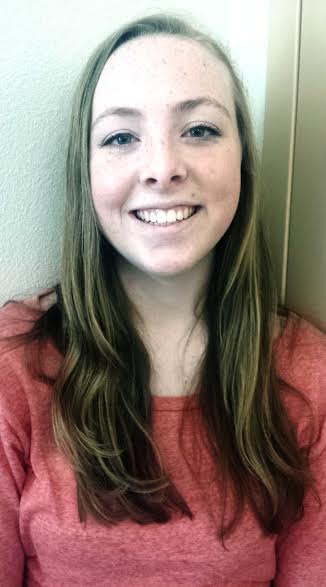 One teenager stands out from the crowd because of her desire to help the community and the people around her. Junior Tara Callan devotes a large portion of her time to others and has participated in numerous programs in the Bay Area.

Callan is involved with many organizations, however one program that she has been extremely involved in this year is the Interact Club at Carlmont.  Callan was a member of this club in previous years, but this year she took on the role of the event planner.

“I communicate with companies and ask if Interact can help by volunteering in their events.  We have done everything from working at the food bank, to working at San Carlos’ Hometown Days, the Crab Fest, helping at Sunrise Assisted Living, and many others,” said Callan.

Callan is looking forward to the month of May because the Interact Club is planning to go to a soup kitchen in San Jose, which they have never done before.

Because this junior has taken on such a large position this year, Callan has felt compelled and willing to take on another position for next year that requires even more work. As co-vice president, Callan hopes to do more events where the Interact club could visit and spend time with foster kids or teenagers in group homes.

“My goal is to demonstrate to the rest of Interact that our lives are a lot better than we think and we need to take that under consideration and live our lives to the fullest,” said Callan.

Callan said, “At this musical theatre camp, it was very fun and rewarding to be able to work with lots of kids, teach them dances, sing songs with them, and help them memorize their lines.”

During the same summer, Callan volunteered as a Junior Leader in her Church’s Scripture Camp, where she helped students learn about the Bible and their religion.  She also led outside games and activities including craft time.

Although Callan participates in many other activities to help her community, Callan also does volunteer work on the side to help junior Caroline Ives’ mother.  Generally, Callan works at fundraisers for the San Carlos Parks.

Callan was just informed that she received the position of a summer intern at Camp Galileo in San Carlos.

“This camp really focuses on creating innovators and inventors. We intent to teach kids about science, how to build certain objects, and work on projects. Our goal is to excite kids about science and create great leaders for the future,” said Callan.

Callan intends to continue all of the volunteering that she has done in the past, and plans to become even more involved in the future.

Callan said, “I am driven to work in our community because I truly have so much fun volunteering. Giving up my time at camps over the summer was some of the best weeks I have ever had.”