A true battle for JV volleyball 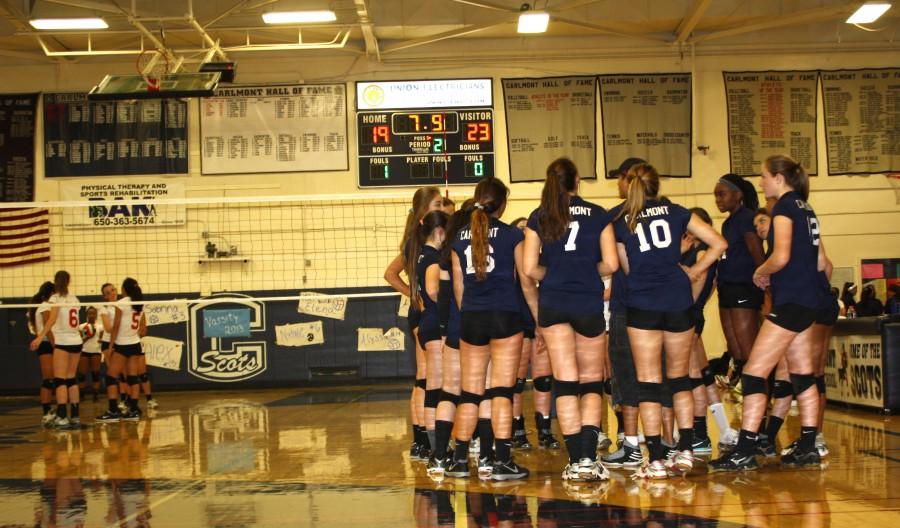 The Scots took the first game from the start with a score of 11-0 when the first timeout was called by BHS. The second game posed a struggle as the girls lost, but recovered a gap of seven points only then losing the game 21-25. Coming out hot and with great fight the scots won the third game 15-10 to take the match.

Freshman setter Hannah Wright summed up the game best as she said, “You gotta want it to win.”

The JV team is being held to a high standard as last years team won league, but all season long the team has been showing promising actions and Thursday night was just another example of that.

The Lady Scots started the night off with a kill by sophomore Daphne Schwartz and then consecutive aces by sophomore Natalie Stainton. The second game seemed to consist of points scored due to alternating errors by each team. Ultimately the lady scots came back in their third game working for each individual point.

JV coach Taylor Chung said,”The energy was low, but the fight was good. We got more hits off broken plays, and that’s what won us the game.”

Tonight was all about the fight. As Sophomore Veronica Ednogumi said, “We pushed very hard and showed that we could fight back.”

Whether it was that the players were focused on their game or just low on spirit, the gym was filled with a focused silence that seemed to bring out the girls fight Thursday night. No one got too excited or over hopeful, but each individual stepped on the court to get their job done.

This team had shown they clearly know how to fight as at this years tournament,  “JV Spike Fest” the team suffered a rough loss 11-25 in the first game against Valley Christian and came back to win the second and third game for the match 25-22 and 15-10.

When speaking of the upcoming important match against MA, Coach Chung said, “Win or lose there is nothing we have to lose and all we can do is fight.”