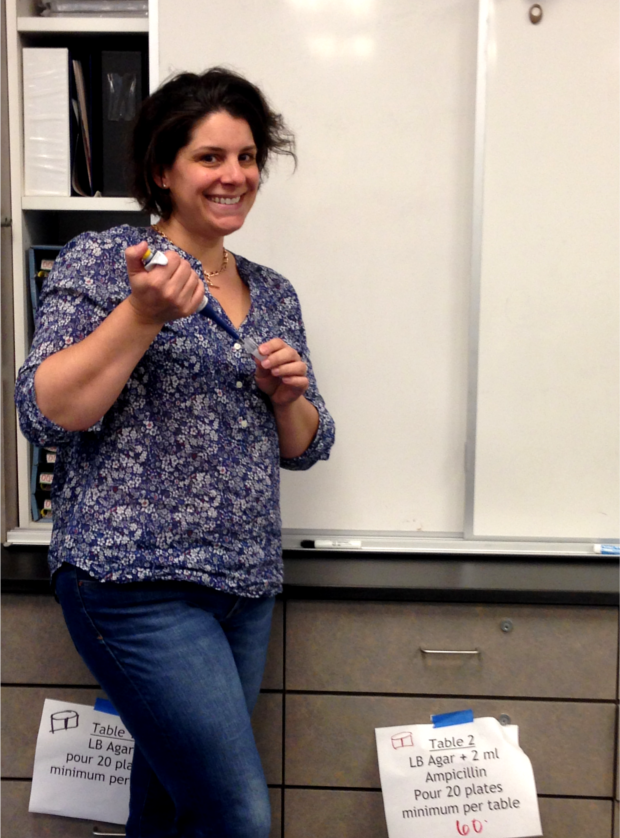 Abdilla enjoys labs because they relate to real-world experiences.

Jaime Abdilla pieced together human remains as a forensic anthropologist before arriving at Carlmont.

Although she started out planning to become an environmental lawyer, Abdilla developed a fascination with anthropology. Taking one class after another, she soon found herself with a master’s degree.

When Abdilla went to see her anthropology professor one day during his office hours, she found him assembling a human skull. He asked her what she saw and what she thought of it, and Abdilla became curious. She decided to follow that curiosity into the field of forensic anthropology.

Abdilla said, “I don’t generally like puzzles but I like mysteries and trying to solve ‘who done it’ to draw a better picture and understanding of what happened. I was never really afraid of dead people but I’m really bothered by things that hurt. If I know that you were dead when someone chopped you into pieces, it wouldn’t bother me as much.”

In the end, Abdilla left forensic anthropology because it became terrifying to see time and time again the horrors that humans were capable of.

Sophomore Emily Rexer said, “I think forensic anthropology is a really cool job to go into because it shows you a different aspect of the real world but it can also be depressing because one sees parts of dead people all the time.”

Abdilla had always enjoyed working with kids in summer camps, so when she decided to leave anthropology she tried teaching. As forensic anthropology is a physical field of anthropology, Abdilla learned a lot about genetics, human anatomy, and DNA. This is most similar to biology, so that was the route she chose for teaching.

Abdilla said, “The biotech series had always been interesting to me because it’s more lab based and set in a professional scientific environment. You have scientific notebooks, standards, and protocols. It is more relatable to me, and I like the idea that the same techniques as you would use in labs are practical in the outside world.”

In regards to her students, Abdilla likes seeing them apply what they know to labs and try to figure out what they don’t know. Inquiry labs are her favorite because what questions to ask and what steps to follow are left up to the student. In such labs, Abdilla only provides basic background information.

Sophomore Luke Mohler said, “I liked how she spread out the lectures with labs without having us miss any of the information. I prefer this to having the same thing every day.”