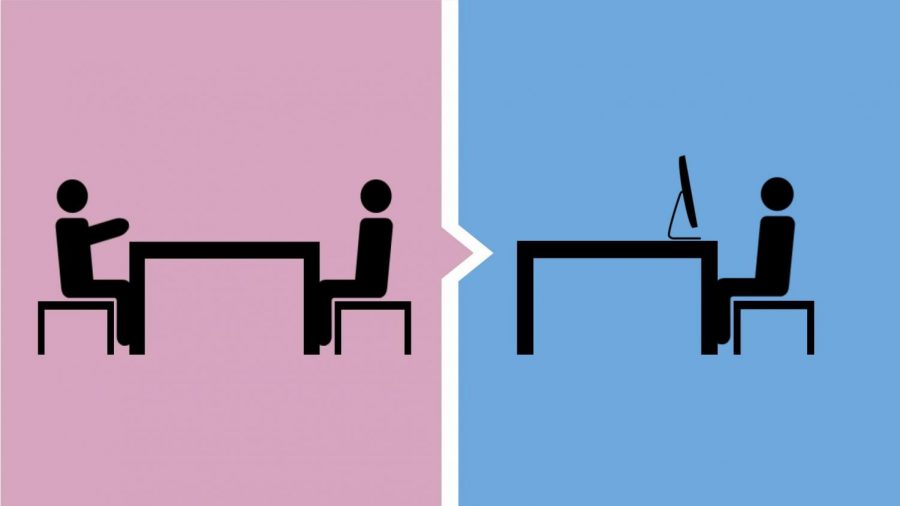 Academic support at Carlmont used to be in person. Now, it is hosted on a Zoom meeting.

The Academic Center has been available to the student body since the beginning of September. In previous years, it was a convenient option for students to receive assistance in their classes. However, the COVID-19 pandemic forced the Academic Center to change in numerous ways, including switching to an online model.

Levi Konrad-Shankland, a peer tutor, said that even before COVID-19, it was sometimes difficult for students to get help from their teachers in the classroom.

“Even in person, it can sometimes be hard to ask a teacher for support in their class, so a number of students like to come to the Academic Center for more help with concepts from a class or just with homework,” Konrad-Shankland said. “I feel that the appeal, at least to me, is mostly just being able to help people with their classes; it’s great to see people improve and to help them in doing so.”

Like many other things, the switch to an online model created new challenges for the Academic Center. Konrad-Shankland said it is often harder to explain a point or demonstrate a problem over Zoom.

Jefferson Dequina, the Academic Center coordinator, stated that he had several expectations for what the Academic Center would be like over Zoom. He anticipated that the meetings would be “Zoom bombed” by people attempting to disrupt the learning environment. While this did not happen, there are significant changes to academic support.

“Because of the distance learning model that we’re using right now, we are forced to do one-on-one for all students. Before, one student would work with multiple peer tutors and teachers,” Dequina said. “Also, on Wednesdays, it’s hard to get enough peer tutors because many of them are presidents or officers in clubs.”

Dequina also noticed fewer attendees to the Academic Center compared to when the community worked in person.

“I know there are other students who need help but are not taking advantage of this resource,” Dequina said. “It’s important now because it’s no longer just the Tutoring Center. We removed that negative connotation so that students could see that it didn’t just provide tutoring services, but space where students can work independently.”

Despite all the challenges that distance learning presents, Dequina appreciates those who come to receive and provide support. Most importantly, he recognizes the Carlmont Academic Foundation, which makes the Academic Center possible.