Does the admin take jokes between friends too seriously? 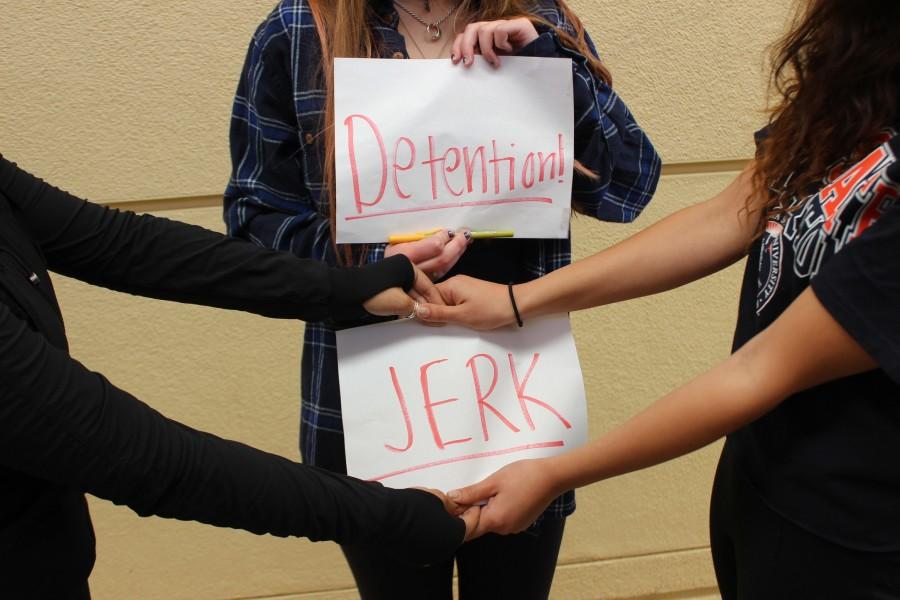 “The administration then looks to see how the situation occurred and how the ‘victim’ feels. If the victim provides that it is not a big deal, then we usually provide more intervention and educational responses to the situation instead of consequences," said Cho.

A student and his friends are messing around together during lunch. An administrator walks by when the student happens to be cursing at his friend.

Immediately the student is pulled aside by the admin and is given a referral that states he was bullying another student, when in reality the two students were just messing around.

This is a situation that occurs often throughout the Carlmont campus. Many high school students call their friends names in a joking way, and are punished for doing so. Should the administration crackdown this hard on students for so-called “bullying,” or let these remarks slide?

Junior Chris Gehlen believes that what may be considered bullying in reality is far from it. “My friends and I are always making fun of one another, which may include some name calling, yet we all have a good time and [get in some] laughs while doing it,” he said.

In Gehlen’s opinion, teenagers are going to make fun of each other, and that does not necessarily mean that they are bullying each other.

Gehlen said, “Administration has tried to outlaw bullying to the extent that any sort of small remark between friends is considered bullying, which is crazy.”

The extent to which the Carlmont administration has attempted to stop bullying has blurred the line between bullying and friendly bantering. While Gehlen believes that no one is hurt by a little name calling between friends, the administration view these acts as disgraceful.

Some Carlmont students believe that the situation, environment, and context are important factors to be taken into consideration when evaluating a situation that could be deemed bullying.

Due to its vague rules, the Education Code creates a very grey line between language used with and without negative intent, forcing the administration decided for themselves whether or not the situation qualifies as “bullying.”

Cho said, “The administration then looks to see how the situation occurred and how the ‘victim’ feels. If the victim provides that it is not a big deal, then we usually provide more intervention and educational responses to the situation instead of consequences.”

Even if the administration decides to determine a situation as a non-bullying situation, students still have to attend anti-bullying interventions. This creates an environment where students are at the mercy of the administration. If friends use language with each other that is deemed “pervasive” but is in reality harmless, they could receive unnecessary counseling for their so-called “bullying.”

One such story of students being punished for what seemed to be harmless teasing happened at Carlmont three years ago.

Jacob Gioffre, now a senior here at Carlmont, experienced an event involving the administration and bullying his sophomore year. He said, “I was with another Carlmont student, and the student cussed at me. A teacher overheard the student’s comments and later the student had some form of punishment for their actions.”

Gioffre said, “I didn’t even know she got in trouble because I thought it was very clear we were joking.”

In this situation, Gioffre believes the administration is making more of a fuss over bullying than is necessary. It is inevitable for high school students to not use vulgar language. So why should the administration punish students for common and usually harmless behavior of that type?

In Gioffre’s situation, the only person who was actually harmed was the “bully.” How can this be the case if the “victim” does not feel he was really a victim at all?

Many Carlmont students think that the Carlmont administration should consider the fact that its dealing with bullying can often result in wrongful accusations of students who were just having friendly interactions with their friends.