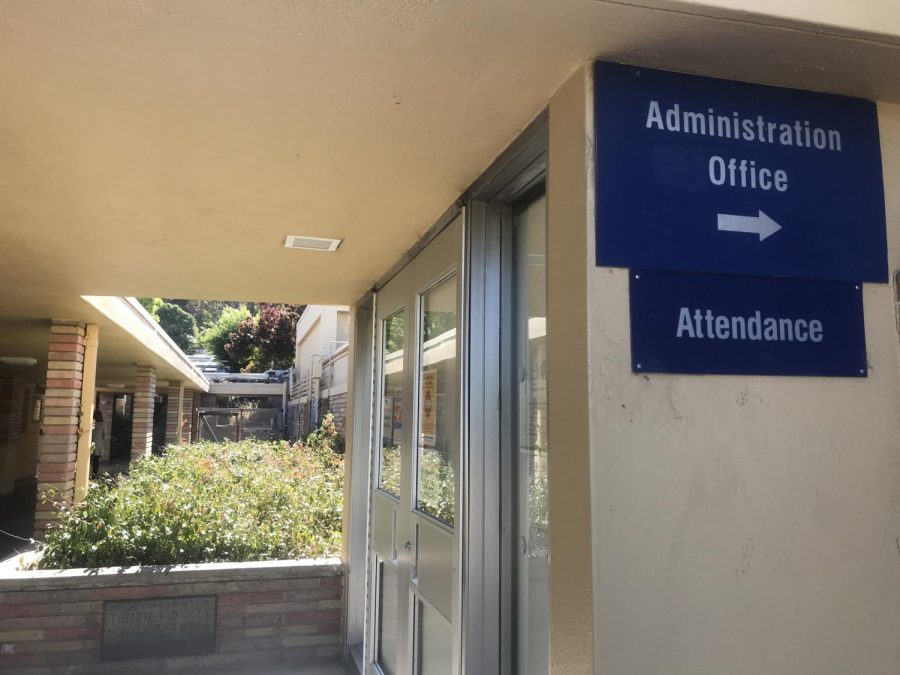 As the pandemic closed school doors and changed the way school is normally run, the administrative vice principals have found ways to adapt their job and responsibilities to aid students during distance learning.

The administrative vice principals (AVPs) are responsible for maintaining a safe and healthy learning environment. They do this by intervening with students having behavioral issues to try and turn those behaviors around. They also uphold the Academic Integrity Policy and split up responsibilities like overseeing attendance, technology, and facilities.

Gregg Patner, the AVP for sophomores and seniors, described how his day ran before the COVID-19 pandemic and what that meant for him and his interactions with students.

“My job was mostly being present on campus and making sure that the students were behaving,” Patner said. “I was doing a lot of proactive interactions with the staff and students to support them.”

Once Carlmont switched to distance learning, there was a shift of focus for the AVPs. Grant Steunenberg, AVP for freshman and juniors, described their new direction for aiding students who are no longer on campus.

“My job went from trying to make sure that there’s a safe campus to more of a support role,” Steunenberg said. “We’re contacting the students that we know have more difficulty academically than other students… and we’re trying to always provide them with support.”

Although the AVPs have been able to support some of the students during this time, Anne Eggli, Patner’s AVP secretary, noted some of the challenges in connecting with students.

“We oftentimes only have parent phone numbers, so when we call, most of the time, we are only able to leave a message, which makes it hard to speak with our students to find out how we can support them,” Eggli said.

Even with the support given, there is no denying the issues that distance learning brings. Andrey Yip, a sophomore, explained some of her difficulties with online learning, specifically with burnout and a lack of social interaction.

“It’s mentally and physically exhausting to just sit at a desk for several hours,” Yip said. “At least in [in-person] school, we would be walking to our next period, walking to our locker, and walking to see friends.”

Within the administration, there have also been some challenges dealing with the lack of social interaction. Eggli explained the challenges of the harsh transition between a busy, hands-on school atmosphere where she collaborated with students, teachers, and parents to a quieter environment with no students on campus.

“[Now] obviously we don’t have students coming through the office, so it is pretty quiet … it’s just a very, very, very different atmosphere,” Eggli said. “It makes me very emotional, it’s very hard … and it’s hard not seeing the kids.”

Although there have been difficulties regarding distance learning, there have also been opportunities and new ideas that could be beneficial once students have returned to campus. The use of Zoom has been critical to keeping Carlmont in session, and some see the videoconferencing service as a beneficial system moving forward. Patner noted that Zoom could be useful to give out information at large community gatherings.

“We did our information night for 9th-grade parents at the beginning of school for incoming students, and it was attended by 1000 people. When we do it in the PAC [Performing Arts Center], you can only have 300 people,” Patner said.

Another advantage, Steunenberg noted, was that distance learning opens up opportunities for a new learning style, which the school wouldn’t have explored unless students were not allowed on campus. Typically, public schools follow a traditional learning model. However, due to the pandemic, administrators were forced to develop a new model for distance learning, giving new opportunities and alternatives for students to learn.

“The distance learning model has opened up multiple alternative pathways for children to access their education, and I think that is always a good thing,” Steunenberg said.