AirPods untangle the future of technology 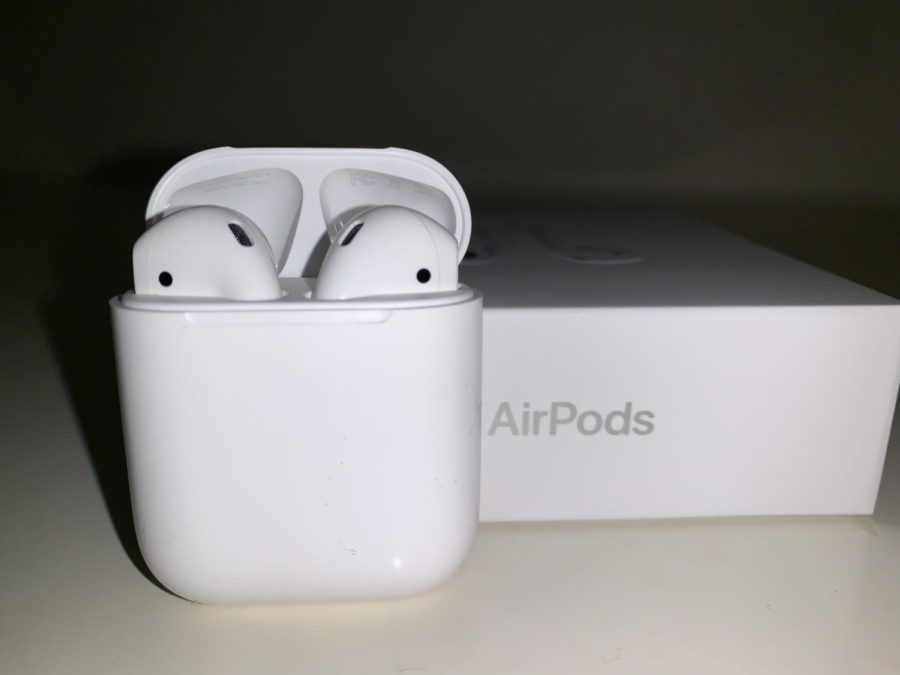 AirPods, a product manufactured by Apple, were released in December of 2016.

AirPods are a game changer.

Gone are the days of headphones getting caught while working out, spending forever connecting wireless headphones to cellular devices, and having to decide between charging a phone or listening to music.

AirPods have been out since December 2016, yet their popularity has been growing as of late. Some factors for this influx in ownership are people receiving them as gifts over the holiday season and more people owning phones that don’t have a headphone jack.

They come in a case for $159 plus tax. This is rather expensive, especially when compared to some of their competitors such as Mpow.

The Mpow Flame Bluetooth Headphones retail on Amazon for only $18.99 and have very similar functionality.

However, AirPods are worth this difference in price due to their W1 chip, convenient features, and long battery life.

The Apple W1 chip allows for an extremely fast Bluetooth connection. To connect the AirPods to my device, I just turned the Bluetooth on my phone on and opened the AirPod case. Instantly, a notification popped up on my phone to connect the devices and they were working together in unison.

From then onward, every time that one opens the AirPod case their headphones will be synced to their device. This is much simpler than needing to press various buttons every time one needs to connect.

Another convenient feature of the AirPod is that when you remove the one of them from your ear the music immediately stops playing on both. This is perfect for when one doesn’t have enough time to or doesn’t want to remove both of them.

Also, one can listen to music with just one AirPod in and leave the other in the case. This is much less awkward than having one headphone in and having the other one getting in the way.

Unlike other wireless headphones, such as the Mpow, the AirPods come in a charging case that can charge them when they aren’t plugged into an outlet. The case, which can be charged using a lighting cable, holds battery life that is used to charge the AirPods.

Many people worry about losing their AirPods but they can be tracked on the Find My iPhone app. In the event that a piece does go missing and can’t be found through the app it can be replaced at the Apple store for $69.

Although AirPods may seem overly hyped and a little ridiculous, they are worth the price. Their convenient features and overall fit make them a great option for students, travelers, commuters, and athletes.

I recommend you jump on the bandwagon and purchase a pair, but I warn you: once you do you will never look back.

This is the just the start of cordless innovation, so get on board now before your cords tangle you up any further.