TSA affects people beyond the gate 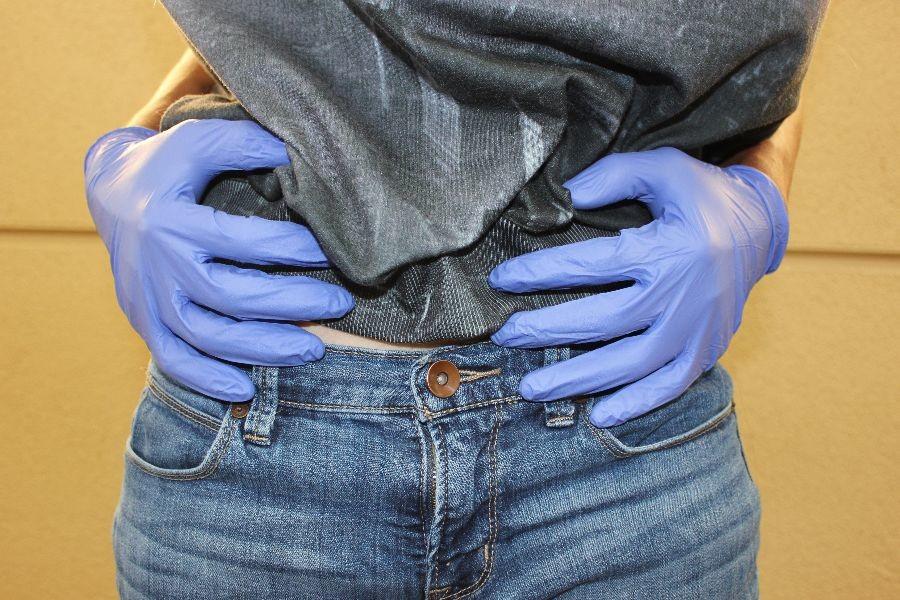 Touching with the front of the hands near sensitive areas is a form of harassment doled out by TSA.

“I had my legs and the inside of my crotch thoroughly searched. She told me that she was going to put her hands in my pants, starting in the front and working her way around.

“She completely touched my front and back area. In the process she was compressing me so much she actually pulled my pants halfway down my butt.

“It was at least a seven to eight second delay of it happening and her telling me I was allowed to pull my pants up.

“When she was touching my breast area, I thought she was actually going to go under my bra or flip it up because she was pushing so hard.

“When I asked the officer who took me out of line why I was being searched, he looked at my ticket, looked me in the face and said, ‘I don’t know,’” said Carlmont student Liana*.

Every day, someone on the Selectee List of TSA is pulled aside for an interaction like this. These passengers have been labeled as dangerous or flagged as terrorists, and so their boarding passes come printed with “SSSS,” which stands for Secondary Security Screening Selection/Selectee on it. Neither TSA nor airlines will publish the criteria for being added to the Selectee list.

The existence of this list is a problem in itself because the way these people are treated can border on harassment and assault.

TSA said on a difficult to find back page of their website that a “passenger can request a private screening at any time and a private screening should be offered when the officer must pat-down sensitive areas. The passenger may be accompanied by a companion of his or her choosing.” This information is considered secure security information and is almost never on signs anywhere in SFO or other airports across the United States.

But under Liana’s circumstances, she turned down the option of a private screening because she “assumed it would be like the first time, so [she] thought it would be fine doing it in public.” They also did not tell her that she could bring in another person with her.

Ken LaMance wrote on LegalMatch.com that an inappropriate search can be constituted by a multitude of things, such as “Feeling in-between a woman’s breasts without her first setting off a hand-held metal detector in that area,” “Any excessive squeezing or groping of sensitive areas,” or “Requiring a passenger to expose private or sensitive areas of the body.”

Even in the Bay Area there are breaches in policy. In July of 2014, a San Francisco finance manager impersonated a TSA officer and led two female travelers to a private screening room in SFO.

Another important piece of information to remember when undergoing a pat-down search is that TSA officers are only allowed to feel sensitive areas, such as the upper torso or groin, with the back of their hand, as stated by the TSA website. All other areas they are allowed to use the front of their hands, but they must be wearing gloves at all times for any pat-down search.

ABC News producer Carolyn Durand went through a similar situation to Liana where she told ABC This Week in 2010 that “the woman who checked me reached her hands inside my underwear and felt her way around.”

The policies placed on airplane travel since 9/11 have been criticized by a multitude of people, resulting in blogs like “Jetsetting Terrorist,” a man who is on the Selectee List who chronicles his misadventures going through airports, and the sentencing of Clarksville, Tenn. mother Andrea Abbott, who in 2012 was found guilty of disorderly conduct for refusing to allow TSA to pat down herself and her 14-year-old daughter.

Alarmingly, as stated on the ACLU website, there are no exemptions for minors from the pat-down searches, as shown by this video taken in April 2014 of a 2-year-old child and a 6-year-old child being searched by a pat-down because of their parent’s status on the Secondary Security Screening Selection/Selectee list.

Anyone who refuses to be subject to a pat-down search might not be allowed to board their flight. TSA previously had the ability to fine a passenger $11,000 for refusing a pat down, but that policy was overturned on Nov. 23, 2010.

The takeaway from what happened to Liana is that people need to be responsible for educating themselves on their rights when it comes to TSA.

We the people may not be able to change TSA’s policies, but people need to be concerned about their privacy now.

A month after the situation described, Liana said, “As far as I know, my name is still on the [Selectee] list.”

*name has been changed for student’s anonymity