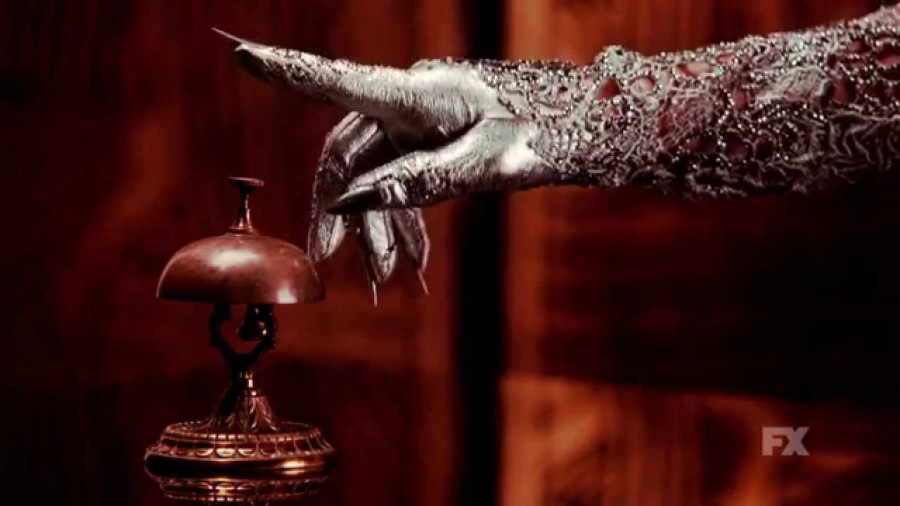 The Countess rings for service in an empty Hotel Cortez.

“American Horror Story: Hotel” starts off by taking viewers to an enigmatic hotel called Hotel Cortez. This hotel is based on the infamous Cecil Hotel, known for the numerous suicides that have taken place in its many rooms and its affiliation with criminal activity.

Lady Gaga plays The Countess, a bloodsucking socialite who lives in the penthouse of the hotel with her lover, Donovan (played by Matt Bomer). Donovan and The Countess are the most interesting and vivid characters on the show. Their love story is one riddled with mysteries and passion.

Though he is one of the show’s only good guys, Detective John Lowe (played by Wes Bentley) is the least likable character. He meets all the horror movie cliches. He is unprepared at crime scenes and lacks any sort of intuition. For example, when the killer calls him to go to Hotel Cortez, Lowe arrives by himself, without informing anyone at the police station of his whereabouts and decides to brings a gun for protection. The only thing that is interesting about Lowe is his son’s disappearance and what role it will play in this season of “American Horror Story.”

Viewers are introduced to a serial killer called the Ten Commandments Killer. Sadly this killer is nothing new to the screen, though creators would like to think so. The Ten Commandments Killer is very much a carbon copy of “Se7en’s” infamous serial killer (known for killing those who have committed one of the seven deadly sins), except lacking the cold-blooded execution of a very talented Kevin Spacey.

So far, this season seems to be heavily based on other shows and events, such as “The Shining,” “Se7en,” and previous seasons of “American Horror Story.” Demonstrated by the hotel’s layout, its halls are reminiscent of Stanley Kubrick’s Overlook Hotel.

The first episode ends with the Eagle’s famous “Hotel California” playing. As the shot pans out to a full display of Hotel Cortez, the line “You can check out any time, but you can never leave” plays. This leaves the beginning of “American Horror Story: Hotel” on a mysterious note full of cliches.