An overview of Trump’s impeachment 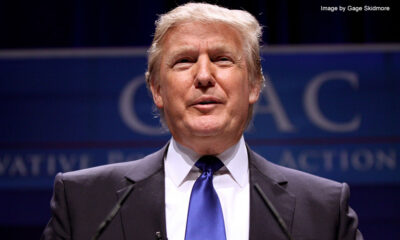 Trump was impeached by the Senate following U.S. Capitol riots

This past Wednesday, Trump became the first president in U.S. history to be impeached twice as a result of what happened at the U.S. Capitol following his Washington D.C. rally.

This decision was justified through the 14th Amendment, which states that the Constitution “prohibits any person who has ‘engaged in insurrection or rebellion against’ the United States” from holding office.

The House of Representatives had 232 votes in favor of impeachment, enough to confirm the outcome. The vote will now pass to the Senate, where a two-thirds majority is needed to remove Trump from office and have him face the punishments of conviction. This two-thirds majority can only be achieved if 17 Republican senators choose to vote with Democrats and convict Trump,  leaving a strong possibility of either outcome, as some Republicans have already been clear about leaning towards conviction.

This conviction is more complicated than usual as it is falling in the middle of the transition of the presidency from Trump to President-elect Joe Biden. The conviction trial will most likely take place during the Biden presidency, as he is set to take office on Jan. 20th. With new Senate members coming in, the Senate will switch from a Republican majority to a 50-50 split with Vice President-elect Kamala Harris holding the final vote.

Many people are still deciding whether or not a drawn-out trial will be beneficial for the country right now as Trump’s time in office is coming to an end. With Biden planning on passing an extremely large COVID-19 package and coming up with a plan for COVID-19 vaccination distribution, there is a lot to get done in the early weeks of his presidency.

CBS News Political contributor said, “They [the Senate] are going to try and get this impeachment done as quickly as they responsibly can because I think there is tremendous urgency to get to work on the COVID-19 relief packages.”

One key senator in deciding whether or not to convict Trump is Senate majority leader Mitch McConnell of Kentucky. He has had his battles with Trump, and McConnell openly broke off ties with him, making a plea about rejecting Trump’s battle to overturn the election. Ultimately, McConnell has power in the Senate and many Republicans will likely follow his decision.

For now, McConnell said in a statement to other senators, “While the press has been full of speculation, I have not made a final decision on how I will vote and I intend to listen to the legal arguments when they are presented to the Senate.”