Anticipated battle turned out to be a standard JV lacrosse game 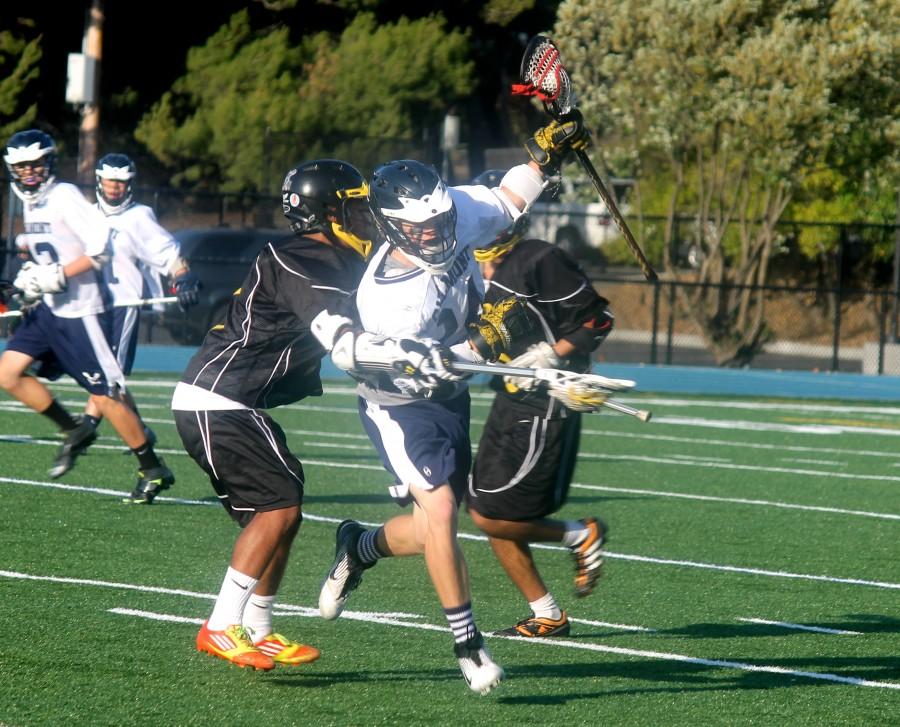 “Dude, I doubt that half of the team will even be able to walk tomorrow,” remarked a member of Carlmont’s frosh-soph lacrosse team as they hung out by their locker room before their game against Latino College Preparatory Academy.

LCPA’s lacrosse team became infamous among the Scots because of the aggressive methods they used last time the teams played each other.

On Wednesday, May 7, the Scots lost by a much smaller margin than during their previous game against LCPA. The score was 5-4.

According to coach Phil Leichtle, “Both teams played all out and respectably, though it was getting kind of rough again on LCPA’s side with stick checks by third quarter.

Interestingly, the violence that took place on the field was much milder than anticipated.

The most memorable injury sustained was when all six feet and three inches of Sam Boyle collapsed to the ground after a member of the opposing team slammed into him.

Though it caused a wave of nervousness among the spectators, Boyle’s injury was not actually  severe.

Optimistically, he said that, “It’s all better, I just rolled over on my ankle and it was better in 20 minutes.”

Regarding LCPA’s violent alleged tendencies, Adam Rosenduft said, “They only seemed like they were violent, however I honestly don’t think they were excessively vicious this time. They just wanted to win and out worked us physically.”

The Scots did put in a lot of effort. Leichtle praised the team, congratulated the team on their performance despite their loss. He seemed happy when he said “that it was an awesome game. What is important is that we played the game we practiced.”

Amongst the players that Rosenduft described as “most noticeably involved” were Cole Castro, Shelby Rebholtz, and James Pak.

Several members of the team is excited for the end of the season, which will come after their game on this coming Saturday.