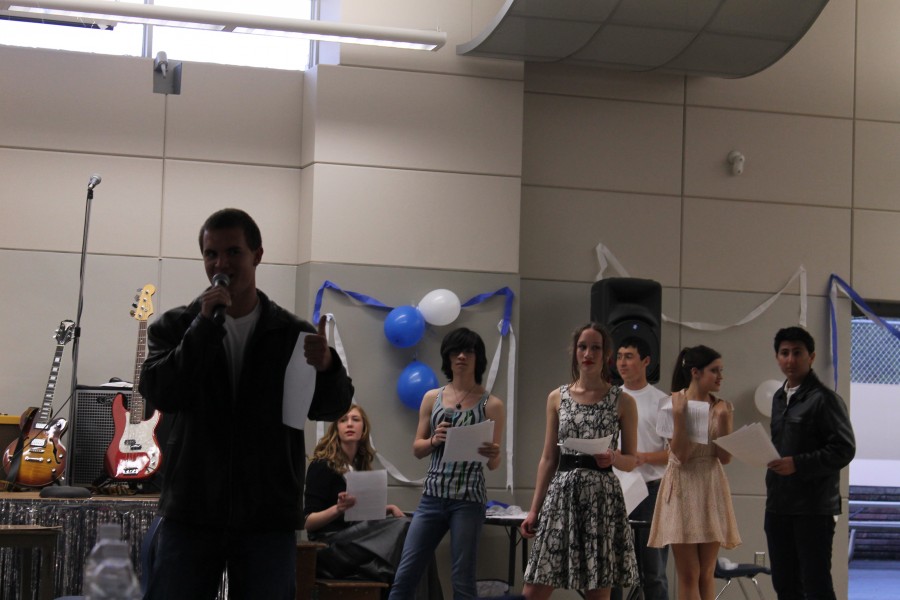 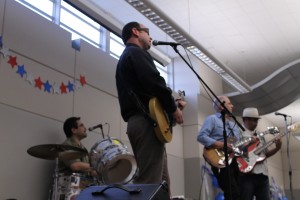 The dance was an interactive history lesson setup by several APUSH students as their semester project, having a fifties “sock hop” theme.

The Sock Hop had live music, provided by the Flopnik, a band consisting of teachers Casey O’Hara, Jaime Garcia, David Gomez, and Cary Milia. Food was provided too, as students munched on barbecued hamburgers and hotdogs while skits were performed on stage.
Students were also segregated by eye color, to learn about segregation in the fifties. Attendees with light-colored eyes were allowed to enter from the front door and order their food first, while those with darker-colored eyes had to enter the Student Union from the rear door, and wait to order their food.

Attendees also participated in Limbo, and the winner, Byron Wu, won a slide whistle. Other activities included hula-hoops and a costume contest.

The Sock Hop is a typical part of Carlmont High School’s APUSH program, every year several APUSH students would be chosen via lottery, and assigned the dance as their semester project.

In recent years, the interactive history lesson had a 1920s “Speakeasy” theme, but APUSH teachers Jarrod Harrison and Garcia decided on a Sock Hop theme for this year.

“We’ve been setting it up since January, during lunch meetings” said Anne Wesolek, one of the students who helped plan and set-up the event.

Attending  students either had to pay $5 for admission or assist with the clean-up and funds towards food and resources for the dance. Parent volunteers helped out too, cooking the food and helping setup.