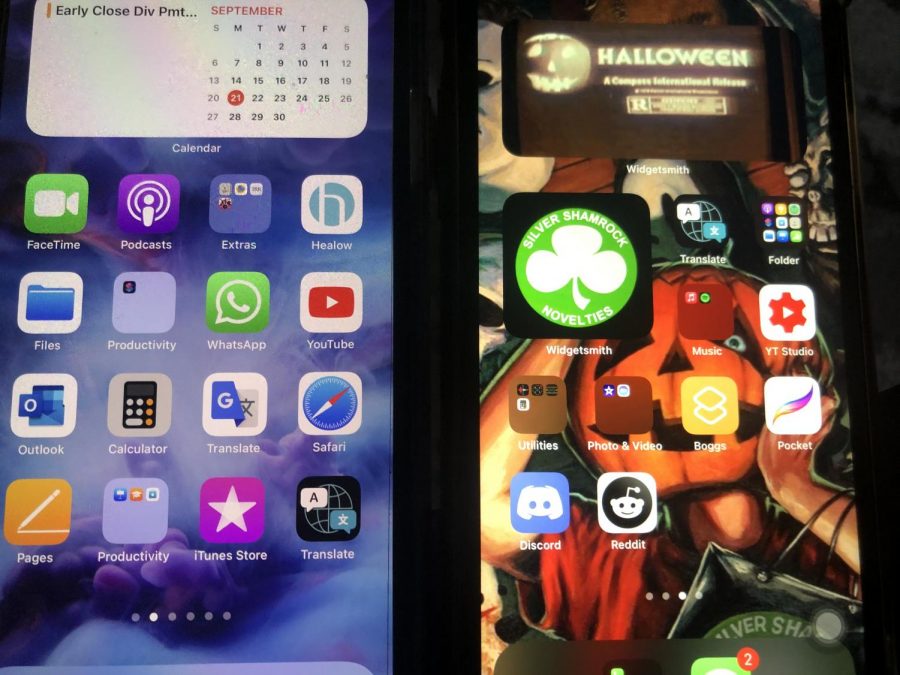 Perhaps one of the most intriguing features included in the update are the accessible widget icons.

For over a decade, Apple Inc. has been producing new phones and upgrades of its operating system, strengthening it each time. Apple introduced its latest update on September 16, labeled iOS14, and many are adoring this new upgrade. It is now available for free for individuals owning an iPhone 6s and above.

The whole exposure of the phone changes while installing the update. There are many visual tweaks, and the home screen looks different from ever before. With the addition of widgets and a developed Siri to assist, the update allows people to personalize their home screens in any way they want. The tweaks made to the phone create a more visually appealing experience while still keeping the easy-to-use design that attracted people to the iPhone in the first place.

“The team has put hard work and a lot of creativity into this update. Yes, it is something very different, and unlike the other advancements in past updates, that is what makes it special. And I am personally in favor of this new update. It spiced up my home screen for sure, making it visually appealing and individualized,” Laila Aziza said, an employee at Apple Inc.

Now, you might wonder how to get the update. It only takes a couple of clicks and a little bit of time.

Step 1: Locate the Settings app on your phone.

Step 4: After having the appropriate amount of storage and verifying and agreeing to the details. You may click on the install button.

After completing the steps, the screen will redirect you to a white screen where you will wait a couple of minutes for the bar to load. Then, you will be able to access the new update.

The iPhone screen has apps in columns and rows that continue for multiple pages. However, with the new update, it is possible to have many, if not all, app icons on one page and have it more organized and customized for each individual. I like this feature because instead of scrolling through pages searching for an app, a portal is available on the first page.

“iOS 14 transforms the most iconic elements of the new iPhone experience, starting with the biggest update we’ve ever made to the Home Screen,” Craig Federighi said, Apple’s senior vice president of Software Engineering.

I must admit the designable widgets are pleasing and organizes all of my apps and provides a much more practical form of navigation. The FaceTime app has been further improved as well, so that it does not pause the video while being on other apps. So, you can still interact face-to-face without staring at a screen displaying “Paused.” I love this feature because my friends and I can scroll through Instagram and even play games on our iPhones while still seeing each other.

“I got the new update a few days ago, and I have had some good and bad experiences with it. I still haven’t quite warmed up to the new features included in iOS 14, seeing as it’s a major change in format. However, I look forward to noting any noticeable changes in functionality through the home screen and apps,” Sasha Kibler said, a junior at Carlmont High School.