Are boy bands of today only headed in One Direction? 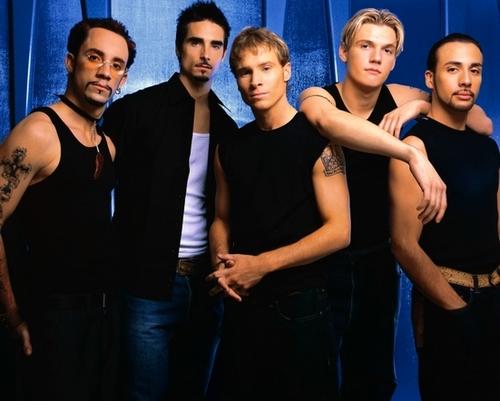 Whether you claim to be a so-called “90s kid” or not, you’ve most likely heard of these boy bands.

Do you remember the Backstreet Boys? Of course, you do. Because despite whether you were even old enough during the peak of their popularity to pronounce “Nick Carter,” you were probably already in love with him.

At least that applies to the majority of the female population.

Although most of these groups have split and gone their separate ways since the early 2000’s, their image in the music industry has influenced several current artists. Carried out by the younger generation, the icon of boy bands live on.

Only some would dare say that groups such as the Backstreet Boys, ‘Nsync, or even New Kids on the Block have been replaced by modern pop groups.

For example, while only having been formed quite recently, One Direction has blown up music charts reaching 3.6 million album sales in roughly three years.

Yet the popularity of one band compared to the other does not seem to be a question at all.

Over the entirety of their career until date, the Backstreet Boys have sold 31.2 million albums, an unparalleled comparison to that of One Direction.

Some fans of One Direction would of course argue that the dynamics of the group and their connection to fans make them more desirable and potentially a better version of the original boy bands.

Louis Peitzman would have to disagree. In September, Peitzman posted an open letter online which respectfully yet honestly addressed One Direction fans.

“You have no idea what we went through as fans of the Backstreet Boys at the end of the last millenium,” Peitzman wrote.

He went on to suggest differences between both groups. Peitzman stated that the longing and adoration for BSB was not as realistic because “they were too removed to touch– whether virtually or otherwise… You can’t even compare the two.”

The lack of accessibility to the lives of pop boy bands from the 90s is quite obvious. Without current media such as Twitter and Instagram, fans wouldn’t be able to gain the connection to the artist that pop bands can provide today.

Whether this be through Harry Styles’ tweets about twerking or his occasional responses to fans, modern artists seem to be more available for fans to reach while those of the past were to be admired from a distance.

On the other hand, some argue that pop boy bands have essentially maintained the same image since the beginning.

“Since boy bands are mostly pop music artists, they just go along with whatever is catchy for the public audience,” said Janpass.

In contrast to this typical “boy band” image, Janpass added, “Rock bands on the other hand are different because they generally have talent.”

Janpass supported his opinion and stated that rock bands “can improvise, play instruments, and musically connect with their audience during live performances,” whereas boy bands are “a simple, good looking group of guys that just perform songs others have written for them.”

In this case, the disputes between Backstreet Boys’ fandom versus One Direction’s becomes virtually non-existent.

Senior Andrew Wedvick holds a similar opinion with Janpass. He stated that in regard to appearance, “Boy band members are usually more attractive than other musicians. But they’re also not very musically talented.”

Wedvick agreed that current pop boy bands have little to distinguish them from those of the past. However he held favor over a certain boy band and claimed, “Well ever since Justin Timberlake left N’Sync, the quality of boy bands has deteriorated.”

While these opinions could potentially spur controversy among today’s generation of boy band crazed teenagers, the truth remains that the 90s artists have held a significant position in history.

Ultimately, Backstreet Boys will always be back, because they will never fully have left.