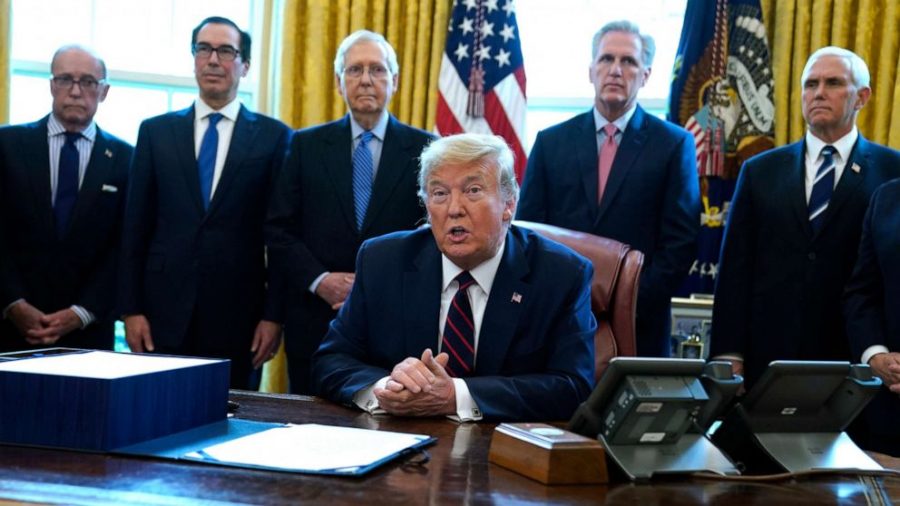 President Trump signs the new bill to help with COVID-19.

According to the Center for Infectious Disease Research and Policy, the total global number of COVID-19 cases has passed 600,000.

The U.S. makes up around 120,000 of these cases, and Italy has reported over 10,000 deaths. Most of the cases in Europe are in Spain and Italy, while the U.S.’s main center of the virus is in New York State.

New York State has over 52,000 cases, and the number keeps rising, with roughly 6,000 new cases  yesterday. Half of the state’s cases are centered in New York City.  New Jersey, next door to New York State, has confirmed around 11,000 cases.  Louisiana has also been hit hard, and Governor John Bel Edwards has reported that New Orleans may run out of ventilators by early April.

In light of the economic disruptions anticipated by the ever-increasing cases, CNN reports that President Donald Trump has signed a bill to give $2 trillion to help impacted workers and businesses, and it is the largest emergency aid package in the history of the U.S.

On Friday, the House of Representatives signed the bill that had been passed by the Senate earlier in the week. According to Forbes, the Senate’s vote was unanimous. The cost of the bill is reportedly more than Congress allows for the entirety of the U.S.’s budget.