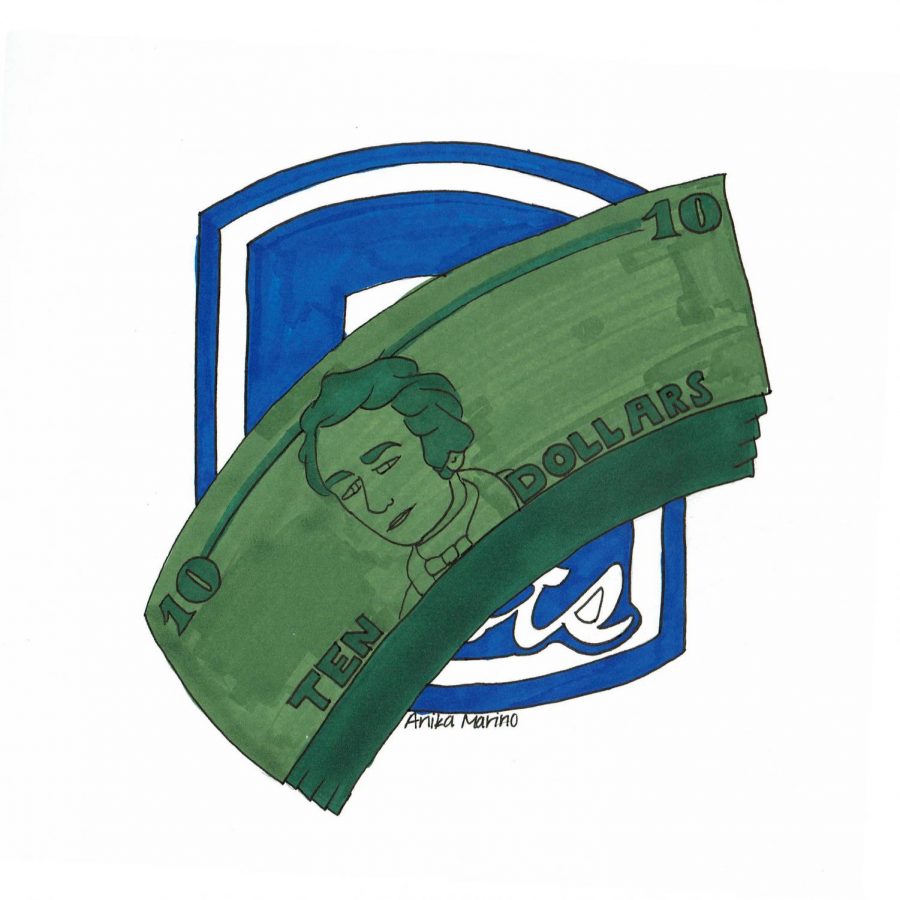 ASB handles a portion of Carlmont's money for clubs, activities, dances, and sports.

Carlmont’s Associated Student Body (ASB) controls part of the school’s treasury, as they organize dances, fund clubs and sports, and put together activities in the quad for students to participate in. Many of the activities are funded by ASB’s budget, granted by administration.

Principal Ralph Crame explains the process of how ASB chooses to spend their money.

According to Crame, ASB is required by law to have a budget when spending money on student life and clubs. That being said, students may not know how ASB spends money other than the decorations they do or the events that they hold.

“I don’t know much about what the ASB spends their money on. I’m pretty sure they use it for fun activities during lunch like the cookie decorating around the holidays,” said August Enthoven, a junior. “I don’t know where the money comes from either, but I’d guess fundraisers such as selling food in the quad.”

Goz Asai, a junior, is also not clear on ASB’s financing process, as the Finance commission isn’t widely known.

“I don’t know where ASB’s money comes from, but judging from what I see around campus, I’d say the majority of what they get is from their fundraising efforts,” Asai said.

According to sophomore Isabella Peterson, a member of ASB’s Finance commission, the team decides on a budget with advisor Jim Kelly at the end of the school year for the upcoming year.

“Mr. Kelly does check and sign off on every reimbursement sheet that gets signed by one of the finance commissioners,” Peterson said.

ASB makes money from dances, basketball quads, and football games. They also make money by fundraising clubs or commissions. Sports are also given a specific amount of money from ASB. The budget is used for entering tournaments, buying uniforms, and any other supplies a team may need.

Both Enthoven and Asai assume that ASB gives around 15% of their budget to sports. However, Peterson reports that the amount given to sports teams is 30%, a generous portion of their budget.

Without the ASB Finance Commision, many of the student events and fundraisers at Carlmont would not be possible.