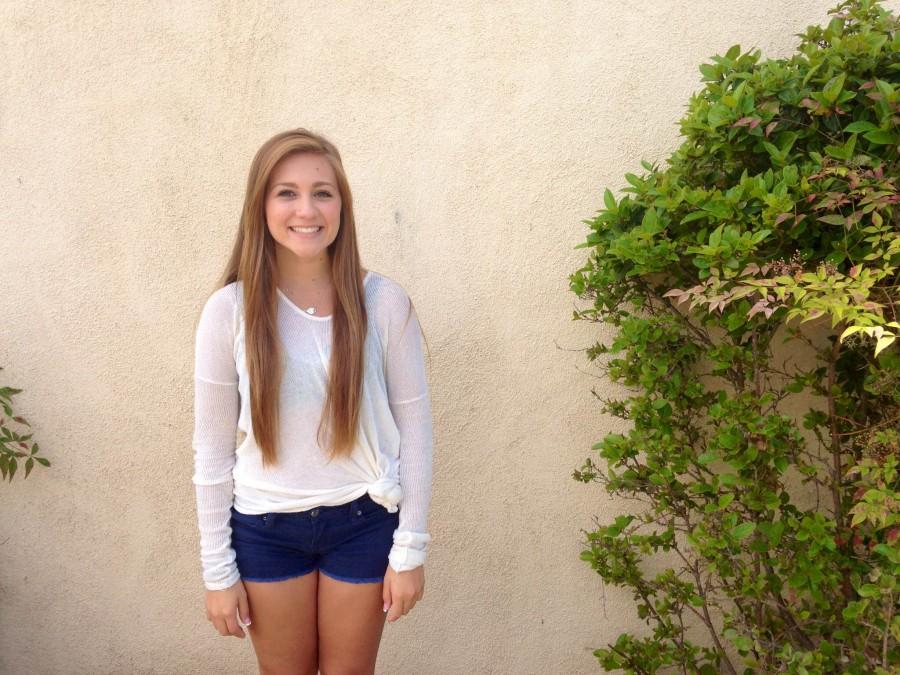 As many students gear up for summer jobs and vacation, junior Jasmin Riedel is preparing for her on-screen debut.

“I first wanted to become an actress when I was in first grade, so that year I was in the play “Annie,” and I was the youngest member of the cast,” said Riedel. “I loved playing dress up and acting as someone other than myself.”

She’s even had other experience in front of the camera, when, during Sunday acting school in eighth grade, she was “thrown into modeling.”

However, this summer Riedel gets to star in her first movie.

“The film is called ‘A Divorce,’ so I think it’s kind of a given what it’ll be about,” said Riedel. “My role will be the main character’s ‘love interest.’ I think I’ll need to start practicing on batting my lashes for that role.”

Although this movie won’t be coming to the local movie theatres, it will still be shown to the public.

“It’s going to be a big project — 30 people on set constantly. We’re raising money for it on Kickstarter. The money will be used as submission fees to send it to movie festivals, the most well known being Sundance,” said Riedel. “So yeah, I’m pretty pumped.”

Riedel even plans to continue acting when she heads off to college in two years.

“I do plan on going to college somewhere in SoCal, the closer to LA, the better. On my free time I want to audition for roles or try modeling. Considering my height, I might only pass for catalogues though,” said Riedel.

Though on-camera acting ability is very important, so is an actor’s overall character and ability to relate well to others.

Sophomore Emily Sevilla said, “Jasmin is the only girl I know who could walk into a room full of strangers and leave the room friends with every single person. She also has very high expectations for herself and she always strives to meet those expectations.”

Even though new shows and movies constantly demand actors, Riedel has a practical outlook on her future.

“I need to stay in check and realize that I can’t rely on succeeding in an occupation that millions of others are also trying to reach, too. There’s a lot of competition, so as long as I focus on school, I’ll make my parents happy make more back up plans available,” said Riedel.

Regardless, her friends continue to support her and encourage Riedel to follow her dreams.

“She’s the most enthusiastic person I’ve ever come across and can take directions on what to do well,” said junior Neeshae Wain.

The support from friends doesn’t go unnoticed, either.

“My friends give me confidence, simply because if they believe in me, then I believe in myself too,” said Riedel.

Most striving actors find it very difficult to find opportunities to get in front of the camera. Riedel, however, was able to get her spot through her network.

Her biggest tidbit of advice, however, is for any striving actor to get outside their comfort zone and “just do it.”

“Don’t keep saying ‘Oh I’ll start tomorrow.’ No! Today is the tomorrow you were talking about yesterday, so just do it! And something I wish I had known sooner is that ‘not now’ does not mean ‘never,’ so be patient,” said Riedel.

With effort and determination, the Class of 2015 may have a rising actress walking across the graduation stage next year.