Astronaut Scott Kelly’s ‘Year in Space’ comes to an end 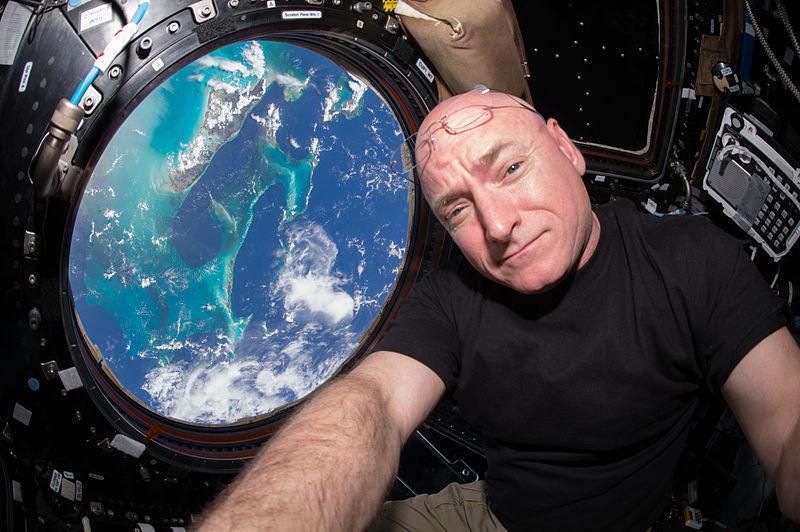 Scott Kelly's "Year in Space" mission opened his eyes to some of Earth's environmental issues: "There are parts of the Earth that are covered with pollution all the time. I saw weather that was unexpected. Storms bigger than we've seen in the past. This is a human effect. This is not a natural phenomenon," he said.

NASA astronaut Scott Kelly is back from 340 consecutive days in space.

Late at night on March 2, Kelly landed in the Kazakhstan desert with fellow astronauts Mikhail Kornienko and Sergey Volkov, marking the official end of their “Year in Space” mission.

Immediately after landing, the team underwent field tests that checked the men for weakening in the body, a normal side effect of being in space for a prolonged period of time.

Kelly and Kornienko conducted studies to help NASA better understand what happens to the human body after spending extended time in space before sending astronauts to explore Mars and embark on longer expeditions.  The eyes, brain, and muscles are the most affected in space.

According to Kelly, physically, he feels pretty good, despite the possible effects on his vision and bones.  In a briefing Kelly told reports he “could go for another 100 days or 100 years.”

Kelly, the United States record holder for time spent in space (520 days total), will likely not return to space. He expressed his bittersweet feelings in an interview with CNN’s Sanjay Gupta while he was in space.

“I’ll probably never see it again. I’ve flown in space four times now, so it’s going to be hard in that respect, but I certainly look forward to going back to Earth. I’ve been up here for a really long time and sometimes, when I think about it, I feel like I’ve lived my whole life up here.”

That being said, he is happy to be home, saying that “the hardest part is being isolated from people on the ground who are important to you.”

To keep connected with those important to him and update his fans along his journey, Kelly recorded much of his trip through 1,000 pictures that he posted on Twitter.

He was able to experience the Earth from perspectives not available to those confined to the surface below, stating that Earth’s atmosphere “looks very, very fragile” from space.

“I think being able to see the Earth from space is pretty intimidating because you realize how small we are in terms of the rest of the galaxy.  The galaxy is never-ending, and it’s interesting that there might be other civilizations out there that we haven’t discovered,” said sophomore Jade Sebti.

For Kelly, the “Year in Space” helped put into perspective how nature is greater than man.

“I feel more like an environmentalist since I’ve been up here. There are parts of the Earth that are covered with pollution all the time. I saw weather that was unexpected. Storms bigger than we’ve seen in the past. This is a human effect. This is not a natural phenomenon,” he said.

Kelly’s biggest hope is that his Year in Space helps NASA on its path to taking astronauts to undiscovered places throughout the galaxy and on longer missions, such as one to Mars in the future.

“The space station here is a magical place and an incredible science facility. I hope more people have the opportunity to do this in the future,” he said.