Athletes are stigmatized based on the sport they play 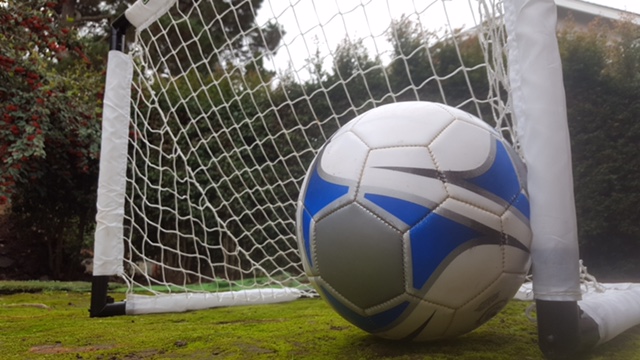 Many students spend a lot of their free time involved in a sport. Although Carlmont has different sports happening all year long, the students still need time to focus on their academics.

A common stereotype circling around the athletic community is the dumb jock.

A dumb jock is a person exactly as their name makes them seem, someone who is less intelligent than average, but very athletic.

Yet many athletes defy this stereotype.

She believes that soccer players work equally as hard on the field as they do in a classroom.

Kanaya said, ¨[Most soccer players are] pretty similar because in order to play the sport, you must have most of these [previously mentioned] qualities. The well-rounded part is just the players I’ve been exposed to so far.¨

But some athletes relate to the stereotypical qualities of a dumb jock in some ways.

He views his teammates as being smarter in their sports than in their schoolwork.

Davies said, ¨Most baseball players have similar personalities due to the fact that rub off on one another.¨

It seems as though a typical baseball player is similar to a dumb jock.

But according to Davies, having a smart baseball IQ means knowing a lot about baseball and it doesn’t necessarily mean that a person has a lower academic IQ, making it quite possible for baseball players to be smarter than most think.

Yet, many athletes don’t seem sure of their own intelligence as shown by a study done by Simons. The study included data from 92 percent of Western Kentucky University.

The study said that athletes felt like they were perceived negatively by a fellow student or professor. Sixty-two percent of athletes reported that a faculty member has made a comment regarding the dumb jock stereotype.

The term “dumb jock” seemed to have spread past the athletic community into students’ academic lives as well.

Kat Rivkin, a junior, said, ¨In some situations, some people are more athletically talented making their sports priority rather than school. From my experience, football players and baseball players are the most common for the term dumb jocks.¨

In reality, no matter how well an athlete performs academically, it is possible for them to still be viewed as unintelligent.

Rivkin’s opinion is similar to the results of the study at Western Kentucky University where results revealed that the student-athletes felt as if the professors had very high expectations for them while their fellow peers had significantly lower expectations regarding their academic performances.

Because a student may be more talented in one area, as Rivkin explained, they seem less capable in another area.

In the same study, the student-athletes were asked to provide their own GPA, what they felt their teammates’ GPA were, and the overall GPA for university athletes. Results showed that even athletes themselves had little belief in their teammates’ academic performance because athletes guessed that their teammates GPAs were lower than their own.

It is possible that athletes are only underperforming in academics because of the effects of the term “dumb jock.”

Research by Professor Thomas Dee revealed that athletes who were recently susceptible to the term “dumb jock” performed worse than athletes who hadn’t heard the term on an identical test.

If an athlete underperforms in school because they are called dumb, then it’s possible that there are no dumb jocks at all.

Underperforming academically may be a trait revolving around many baseball players, but they might only be dumb because they believe the expectations are low.

Although certain athletes may seem less intelligent than others, it’s always possible to achieve any level of intelligence.

An athlete is an athlete, regardless of how intelligent they are. One day, the term “dumb jock” may cease to exist.