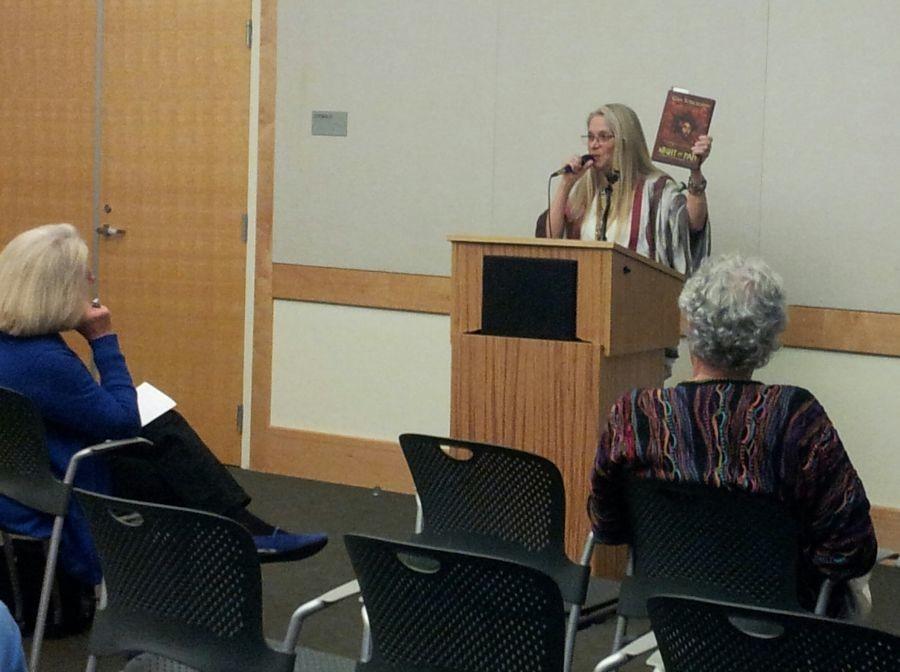 Engraved in the Temple of Apollo were these words: “know thyself.”

And that was exactly what 15-year-old Thaleia sought, in the novel, “Night of Pan” by Gail Strickland.

Strickland held a workshop at the Belmont Library on Feb. 23, introducing her new novel, the first of the Oracle of Delphi trilogy.

She hoped to inspire young readers about the power of connecting with nature and choosing one’s own destiny, a theme prominent throughout the book.

Night of Pan reveals a new interpretation of history, focusing on the power and scope of ancient Greek mythology, and how its presence is still felt in today’s literature.

“I’ve enjoyed The Odyssey and the Percy Jackson series, so I’m excited for this new series, which draws along the lines of actual historical events,” said sophomore Ryan Shimizu.

The story takes place in 480 B.C., when young Thaleia ran away from her arranged marriage and the rest of her lifestyle; all of which were already planned by the priests and villagers of Delphi.

“Unlike the elite Spartan warriors who fought in the Battle of Thermopylae, Thaleia had a different kind of courage, which was the courage to speak for who she really was,” said author Gail Strickland.

Deep in the forest, she heard and followed a song played by the god of nature, Pan. There, she discovered her true true meaning in life: to become the oracle of Delphi.

Her destiny was to save Greece from an future invasion by the Persian Empire, but before that, she must convince her people what the Gods have told her.

“I am passionate about bringing the richness of Homer’s language and culture to today’s youth,” said Strickland.