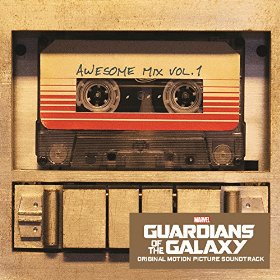 The soundtrack opened with a new version of Blue Swede's "Hooked on a Feeling."

Music releases during the summer of 2014 were somewhat slow, so slow that one of the season’s most popular albums was made up of songs from 50 years ago.

“Guardians of the Galaxy” is a comic book movie from Marvel Studios. Its soundtrack, which is made up of hit songs from the 1960s and 1970s, became one of the most downloaded albums of the summer.

The album is titled “Awesome Mix Vol. 1” after the mix tape featured in the movie.

It is true that “Awesome Mix Vol. 1” didn’t become popular from the quality of it’s music alone; the success of “Guardians of the Galaxy” was likely the biggest factor. The album also came out at a convenient time, as there were no popular song or album releases to compete with it.

It is likely that if “Awesome Mix Vol. 1” had been released among other popular songs or wasn’t attached to a movie, it would have received less attention or gone relatively unnoticed.

“Awesome Mix Vol. 1” may not have become successful completely on it’s own merits, but that doesn’t mean it has bad content. The album’s songs were all hits when they came out, and for good reason. The album’s standouts include “Come and Get Your Love,” “Hooked on a Feeling,” and “I Want You Back.”

The album also has the recurring theme of love and feelings. This theme isn’t original in any way, but giving the songs a common trait helps keep the album from feeling like a random collection of old hits.

It is also good that this album is exposing our generation to the history of music. Whether that music is better than today’s is a matter of opinion, but it is interesting to see how far popular culture has come.

Overall, “Awesome Mix Vol. 1” isn’t anything new, but it doesn’t try to portray itself as anything more than a tribute to music’s past. So if you are interested in the 1960s and 1970s or you just want a break from today’s music, I highly recommend you give it a try.