Basic Vacation has a basic EP

Basic Vacation sounds like a name that would be featured at the Coachella music festival, and their style of music would make them even more suitable. With over 21,000 likes on face book, they could very well be a new name among other alternative bands.

The new band Basic Vacation sings a variety of love songs on their first EP. The extended play only features five songs, each of which is a love song. This collection of upbeat, feel good love songs are certainly catchy, and fit into the modern alternative music craze. 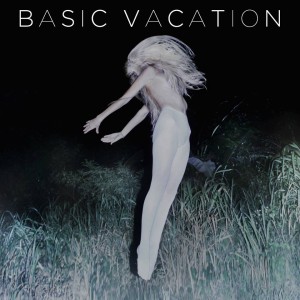 Basic Vacation is most known for their first single, “I Believe” which has earned the band a place on theBillboard top 40 on the alternatives chart. The song represents the rest of the EP well with its catchy rhythm and uplifting, cliché lyrics. With the song reaching over 115,000 views on You-Tube, it is certainly a good first song for the album, and catches the listeners attention.

This EP doesn’t have very much variety; however, even though the songs are similar in sound, all of them are catchy and fun.

Basic Vacation has a sound similar to other alternative bands such as the Mowgli’s, and it is not far fetched to think they could possibly achieve the same success. Alternative music is popular among many young people right now, and the look and sound of this band fit right in.

Overall there is a happy vibe put off by their EP. While I would give the EP around 3.5 stars, fans have rated it 5 stars on iTunes suggesting that this band has a lot in their future.

Basic Vacation is currently playing at various music festivals and small venues which go hand in hand with the sound of their music. Maybe sometime in the future they will be performing at larger venues.