Basketball advances during the off season 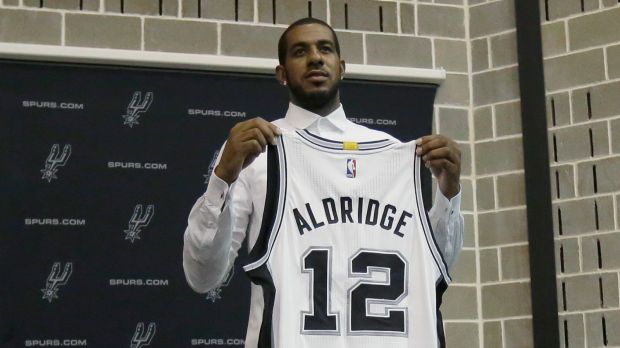 The 2015-2016 NBA season is already on its way, with teams making off season moves and getting young prospects looking to do big things from the draft.

First up, the draft class of 2015 has been one of the more promising draft classes for a couple years.

One surprise in the draft is the Los Angeles Lakers second pick, point guard D’Angelo Russell from Ohio State, over Jahlil Okafor, center from Duke. The Laker’s plan  was to get a solid point guard and then get one of the top big man prospects in the free agency such as Kevin Love and LaMarcus Aldridge. This obviously didn’t happen, but this is not a draft pick that the Lakers will look back and regret. Russell is a dynamic, quick, energetic point guard which every team needs to survive in the NBA.

What about the defending champs? The Golden State Warriors didn’t make any off season moves, but rather sent David Lee to the Boston Celtics. Some might be worried by the Warrior’s lack of off season moves, but I’m not one bit worried because the reason why they were so successful is that they played as a team, which will not change.

The San Antonio Spurs have looked to extend their dynasty as Tim Duncan is on the declining years of his career by acquiring big men David West and LaMarcus Aldridge. Both are great pieces that will help the Spurs and Duncan a lot which will propel them to go far next season.

Although the Cleveland Cavaliers and LeBron James didn’t end their season the way they wanted to, they will be right back on top next season. What is confusing to me is why the Cavs decided to re-sign Love and Tristan Thompson. It will be interesting to see next year who will be the starting 4 and 5 amongst Love, Thompson, Timofey Mozgov, and the now healthy Anderson Varejao.

All in all, even with the off season changes, the top two teams will still be the Caveliers and the Warriors, but it will not be easy for the Dubs with the ridiculously difficult west coast.