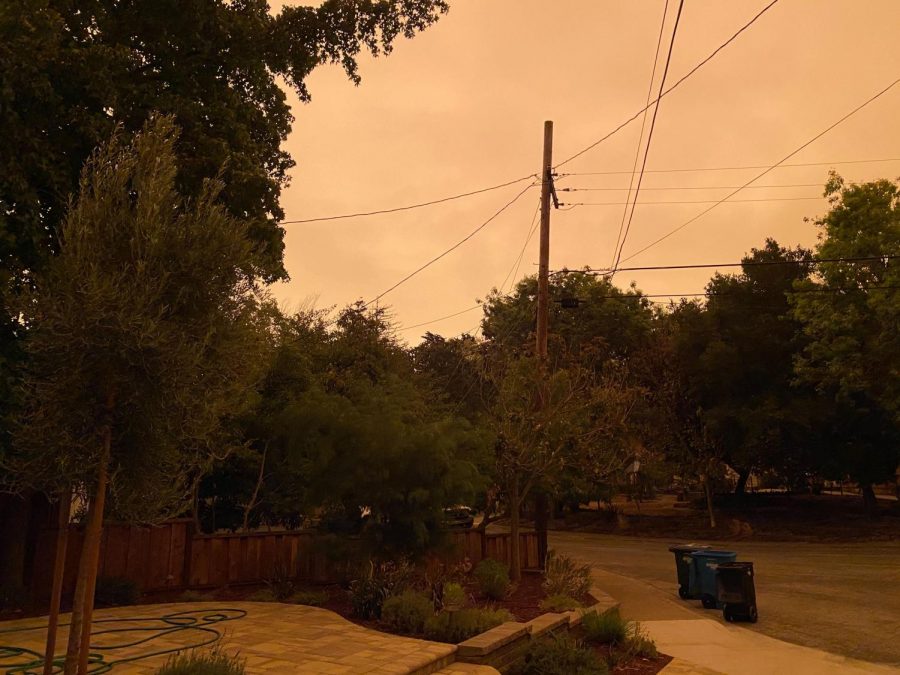 Across the Bay Area, fires painted the sky a rainbow of unusual reds, oranges, and yellows.

Bay Area residents awoke to a thick layer of wildfire smoke blanketing their cities on the morning of Wednesday, Sept. 9.

The ominous orange haze resembled an apocalyptic landscape, or perhaps the surface of Mars. The smoke comes from the numerous wildfires that continue to burn up and down the coast of California. This morning, the wind shifted direction, carrying ash from the rapidly growing fires in Chico to the Bay Area.

The high winds trap the smoke at a high altitude, instead of settling near the surface. While the smoke remains suspended in the sky, Bay Area residents should expect the continuation of an eerie, blood orange smog.

When Dani Courtney woke up this morning, she knew she was witnessing something strange.

“I figured this might be a once-in-a-lifetime occurrence, so I grabbed a nice camera and took pictures of anything I could,” Courtney said.

The results are striking images of the dark orange skies. Thousands of Bay Area residents shared similar photos to social media as the morning went on.

For Daniela Torrey, smoke days have become the norm for her growing up in California. “I wasn’t alarmed by the smoke as it’s been pretty normal lately, but the color definitely caught me off guard,” Torrey said.

Despite the skies, the air quality in San Francisco and throughout the Peninsula remains relatively healthy. This is because there’s a marine layer protecting us, according to ABC7 news meteorologist Mike Nicco.

“The marine layer is a stable area of air that does not rise, and so we’re continually pumping in cleaner air from over the ocean,” Nicco said.

So although the Bay remains coated in an amber hue, you may not smell smoke when you step outside.

“The problem is we’ve got fires all around us. So even when the winds start to shift, that will pull all the smoke from the Creek Fire toward us,” Nicco said.

The air district extended its Spare the Air alert through at least Friday, which marks 25 straight days of alerts. This breaks the previous record of 16 days set back in 2018.

Residents are urged to stay indoors to protect their health until the air quality improves.