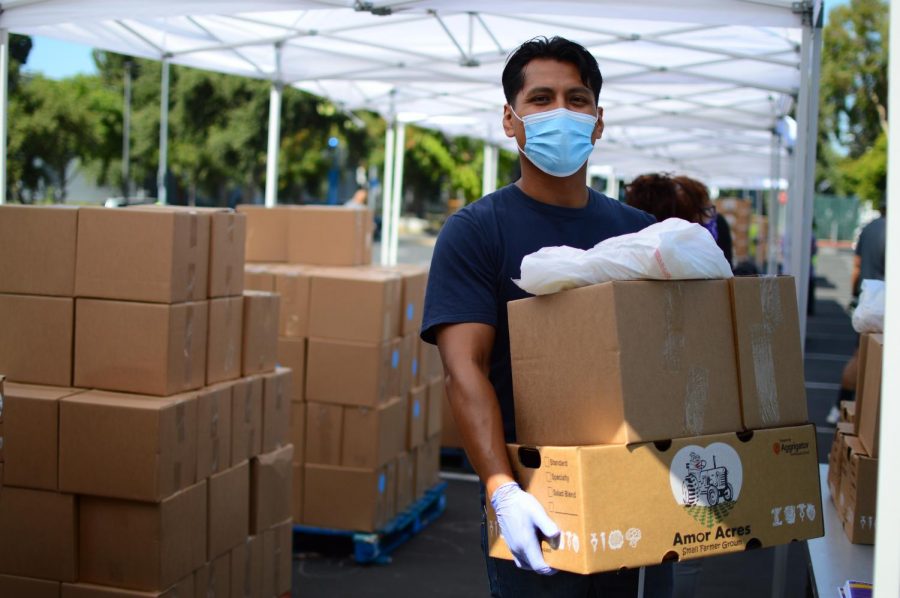 Due to the COVID-19 pandemic, food banks across the Bay Area need to provide food to twice the amount of people as pre-pandemic times.

Since the beginning of the COVID-19 pandemic, food banks have had to meet the supply for twice as many people than they previously fed due to the loss of jobs or food or work changes.

Now, food banks are required to distribute more food than ever before while adhering to COVID-19 safety guidelines. To ensure that everyone in need receives a healthy meal in these trying times, food banks such as Second Harvest of Silicon Valley have increased their capacities and launched new programs for maximum efficiency.

According to Diane Hayward, a PR and media relations spokesperson at Second Harvest of Silicon Valley, they introduced new programs, such as food delivery for seniors, and are expanding their facilities with a new warehouse and more delivery trucks, as stated on their website,

“Even before COVID-19, Second Harvest was responding to a level of food insecurity in Silicon Valley that indicated there was already a crisis, providing groceries to a record number [250,000+] of clients every month,” Hayward said. “We are now providing food to 500,000 clients on average every month, which is twice as many people as we served pre-pandemic.”

However, due to the massive increase in food demand, Second Harvest now asks the community to help out with food donations through their online platform. Due to the pandemic, they are no longer accepting physical food donations, so their solution is to fill a virtual barrel instead of a real one.

“We can’t do it alone—we need the community’s help to sustain the effort,” Hayward said.
Carlmont students also have some ideas regarding this current situation. Misal Bhalala, a sophomore, thinks it would be the best way to increase the community’s participation if they donate food. Not just the kind Second Harvest thought about.

“It actually might be cost-effective if they can sanitize the food because then people can donate food,” Bhalala said. “I think, due to my previous experience, that people are more likely to donate canned food than they are to donate money, so they might get more donations that way.”

Previously, Bhalala has volunteered at food banks, and from what he has seen, canned food had always been the most popular item to donate. Bhalala also pointed out that it may be easy to sanitize the metal container shielding the food and have the physical donations.

“Nothing in the inside of the can is getting unsanitized, but rather the can is the only thing that is getting touched,” Bhalala said.
Another student, Levi Konrad-Shankland, a junior, mentioned that he was impressed with everything the food banks were doing now, such as new delivery programs and increasing their delivery fleet size.

“It’s pretty impressive that they’re still going despite everything and the higher demand,” Konrad-Shankland said.

However, he also thinks that food banks might benefit from direct partnerships with farmers.

“It might be useful for them to try to reach out to farmers directly,” Konrad-Shankland said. “Especially if they need fresh food.”
Konrad-Shankland explained that if larger companies were supplying packaged or canned food already, the farms could provide fresher food.

“If they can get it wholesale off of farmers, that would be quite useful to them,” Konrad-Shankland said.

Regardless, suppose you or your family feel generous this season or were planning to donate physical meals during Thanksgiving, you can always donate a virtual turkey or donate to the virtual food bank to help feed those in need.

“During this difficult time, we want people to know that help is available, even if they have never needed us before,” Hayward said.