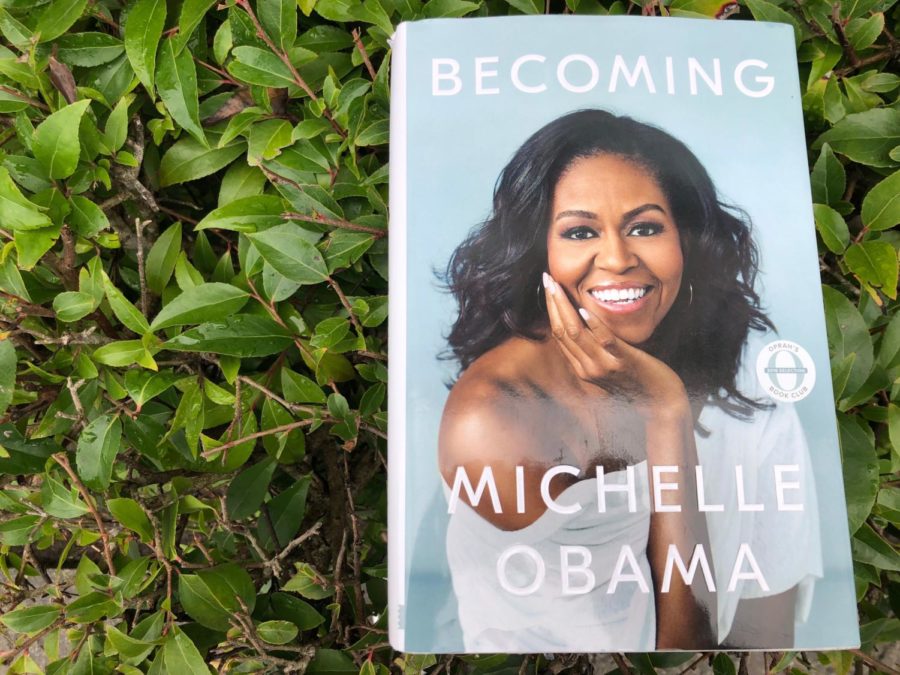 Michelle Obama is seen as all of these and more, but what she’s done to become who she is is a mystery to most.

“Becoming Michelle Obama” changes that, offering insight into her past and her path to becoming who she is today.

Written by Michelle Obama herself, the book is about her life and how she became the person she is today. There are three parts to the book, Becoming Michelle, Becoming Us, and Becoming More. Becoming Michelle is about her childhood growing up in South Side Chicago, and her college years at Princeton and Harvard. While working at a law firm after graduating, Michelle Obama met Barack Obama, and the book transitions to the second section, Becoming Us. She goes on to explain the years they were dating and how they lived their own lives while being cognizant of the other. Later, she talks about having kids and the decision to run for president after Barack Obama successfully became a senate member.

Becoming More focuses entirely on the time in which Barack Obama was president and how Michelle Obama’s life changed mostly for the better with everything she was able to do with the power as first lady, but also the position’s downsides.

While reading, the main thing I noticed was that she explained who she thought she was and how each major event shaped her identity throughout each phase of her life. She connected the times when her view of herself changed, and that in turn helped me to better understand how she developed as a person throughout her life.

One of the most enjoyable factors of the book was the humor that was interjected throughout the book. Overall, the book talks mainly of heavy topics that are not the easiest to process, so the bits of humor lighten the book and make it a more digestible read.

Another factor that drew me into the book was that each character that was described in a way that made it feel like they were real people I had met.

The only factor that threw me off a little was the sheer amount of words in the book. There are 424 large pages of content with relatively small type.

That being said, I really liked reading this book or only because it was interesting, but because it showed the stress of someone around the person becoming president that I didn’t even imagine before reading the book.

If you’re up for a book that broadens horizons and have a lot of time on your hands, I strongly recommend “Becoming Michelle Obama.”