Behind the government shutdown – two sides that can’t agree 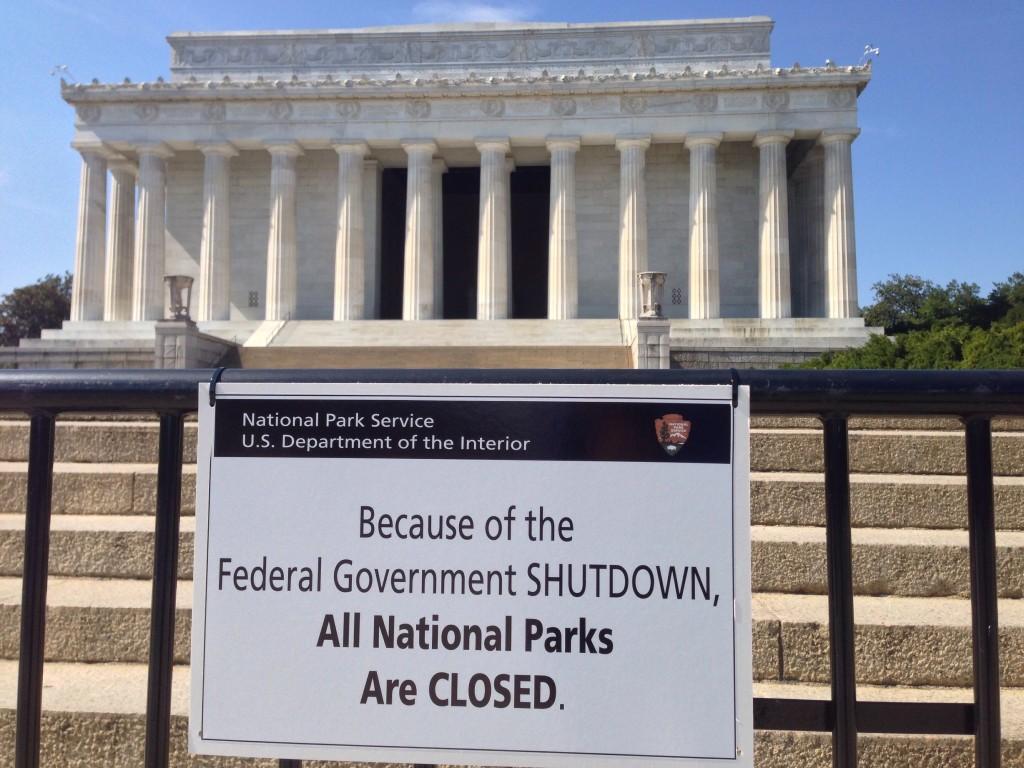 After one week of partial shutdown, the United States government remains deadlocked as disagreement between the Democratic party and the Republican party continues to delay consensus.

The shutdown began at midnight Sept. 30 as a result of Congress failing to pass its budget plan for the new fiscal year. A Republican faction in the House of Representatives attached conditions to the budget intended to delay the funding of the Affordable Care Act, commonly known as “Obamacare,” for one year. Democrats rejected such conditions, leading to the first United States government shutdown in 18 years.

During a government shutdown, all non-essential functions are suspended. This includes the running of national parks and monuments, in addition to thousands of government workers being furloughed.

Senator John Cornyn, R-Texas, said in a weekly radio address that “it has become disturbingly clear that the Obama-Reid shutdown is no longer about health care, or spending or ideology. It’s about politics, plain and simple.”

The Republican party aims to defund the ACA on grounds that requiring all Americans to have health insurance will hurt employers and is an overreach of governmental authority. The party also cites concerns over government spending and the debt limit.

As the feud has dragged on, House Republicans appear to have shifted focus from defunding the health care program to instead increasing calls for cutting federal benefits and future deficits.

Democrats, including President Barack Obama, refuse to negotiate on major budget issues until after the government is reopened and the nation’s $16.7 trillion debt limit is raised. Obama believes that the shutdown would end if Boehner would allow a vote on a new spending plan that did not include any health care restrictions.

“There are enough votes in the House of Representatives to make sure that the government reopens today,” Obama said in an interview to the Associated Press on Oct. 5.

The Democratic-controlled Senate has rejected three attempts by the Republican-controlled House to change parts of the ACA law. Senate Majority Leader Harry Reid, D-Nev., and other Democrats also blocked attempts by Senator Ted Cruz, R-Texas, to approve bills passed by the House intended to reopen parts of the government, according to npr.org.

On Oct. 4 Boehner criticized the White House’s refusal to negotiate: “You know, when we have a crisis like [we have] in the middle of this week, the American people expect their leaders to sit down and try to resolve their differences.”

The Treasury Department warns that if no agreement is reached the United States will breach its debt ceiling on Oct. 17. The nation will then risk defaulting on its debts for the first time ever, an event that Treasury Secretary Jack Lew warns could cause a financial crisis or recession even worse than 2008.

For now no agreement is in sight as Republicans and Democrats alike remain steadfast in their positions and demands.

“I recognize that in today’s media age, being controversial, taking controversial positions, rallying the most extreme parts of your base, whether it’s left or right, is a lot of times the fastest way to get attention and raise money,” said Obama on Oct. 5. “But it’s not good for the government.”