Behind the walls: The story of San Quentin News 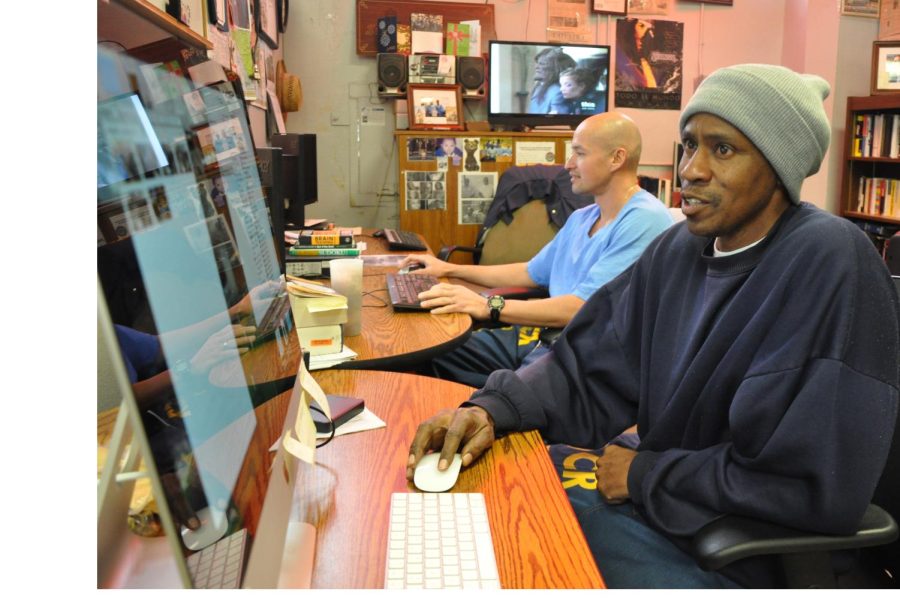 Jesse Vasquez spent eight months working his way up from a staff writer to editor-in-chief. He oversaw around 12 journalists who published articles online and in a physical publication. The publication won five awards in 2020 from the California News Publisher Association, with special awards to certain staff members.

However, there is one thing distinguishes the publication from news organizations. Every person involved in production, writing, and editing is an inmate at San Quentin State Prison.

San Quentin News (SQ News) is a complete inmate-led publication. It was founded in 1940, but not without struggle. After SQ News published an article that showed pictures of bird feces in the dining hall, San Quentin State Prison took the paper to court. While the court affirmed the inmates’ right to free speech, the administration of San Quentin promptly shut SQ News down.

Luckily, Warden Robert Ayers Jr. resurrected the paper in 2008, and SQ News has made strides since.

SQ News receives no funding from California and is instead sustained by foundation grants and private donations. The lack of reliance on the government gives the publication more freedom to express its own opinions and overcome conflicts with prison administrators.

“If we have a ‘conflict’ in point of view with the administration of San Quentin, we try to sit down with them and talk things out, instead of our views just being censored outright,” Vasquez said.
?

Before writing with SQ News, Vasquez was in a depressed and bitter state. Given multiple life sentences for charges of attempted murder and aggravated assault at the age of 17, he had to find a way to deal with the fact that his life could be spent forever behind bars.

“I had to figure out how to cope with that reality [being in prison for life],” Vasquez said.

When he found SQ News, his life began to look up. The publication gave him an outlet to express emotion and a positive purpose.

“Writing became my outlet and refuge. In prison, you have a lot of feelings you can’t express. I was a juvenile when I went in, and growing up in a masculine-dominated environment made it more difficult to express emotion,” Vasquez said. “Having a purpose in life is what drives me as a human being. It gives my life meaning, regardless of the environment I’m in.”

Vasquez’ story bears striking similarities to that of the current Editor-In-Chief, Marcus Henderson. Henderson was always a writer and viewed it as an escape from reality. His first piece was on sports, and since then, he has risen to the position of Editor-in-chief. Both Henderson and Vasquez’s stories ring true in the hearts of other members of SQ News.

SQ News has had numerous positive impacts on the San Quentin community and its employees, including helping decrease the number of inmates who re-enter the prison system after their release.

The organization successfully teaches inmates skills such as communication, perseverance, writing. Although the program has many benefits, it isn’t easy to become a part of it. Inmates go through a grueling preparation and application process called the Journalism Guild for six months, where SQ News sees if they have what it takes to be a full-fledged writer. If the staff determines that an inmate can contribute, they can become a staff writer.

SQ News also fosters a sense of community among the inmates while also allowing for outside communication with others who have varying perspectives, like teachers, in forums.

“SQ News members attend these meetings called Community Forums, which basically bring teachers, local officials, and inmates together to discuss problems, solutions, and their own perspectives on issues,” Henderson said.

During the forums, members also have conversations concerning the root causes of crime and overarching problems in economically disadvantaged communities, from which most inmates come from.

Inside the walls of San Quentin, inmate quality of life improves with participation in the publication as well.

“In my case, I was much happier at SQ News, and I know others also agree that writing makes life more enjoyable,” Henderson said.

Even for those who aren’t active members of SQ News, the paper still improves their lives. Strikingly low levels of prison literacy reveal some of the various factors in play behind incarceration. Given that 70% of the incarcerated have a reading level below fourth-grade levels, the paper also serves those without much prior education by creating content with an easy-to-read, vernacular format.

“When you have guys who haven’t received much education, to really help them, you have to write in a more easy-to-understand way,” Vasquez said.

SQ News also has an overarching focus on taking responsibility for one’s actions and tries to help the prison community to do the same.

“We want the community to see some of these people are actually taking accountability and responsibility. You can see the overlap in members of SQ News being active in religion, rehabilitative activities, and community building as well,” Marcus Henderson, the current Editor-In-Chief, said.

The whole point of prison is to rehabilitate inmates and help them become better people, and SQ News has become a vessel for these efforts. However, one key aspect of rehabilitation is often overlooked.

Public perception of inmates can make or break their reentry into the world, and many experience negative attitudes and biases from others once released.

“There’s definitely still a heavy bias towards us. When students come in to visit us, it makes a huge difference in their perception of us. They’re always shocked at our articulation and intelligence,” Vasquez said. “I like to ask them what they expected to find, for shock, but we know what they expected. We’re not even viewed as people; we’re ‘gang members,’ or ‘criminals,’ or ‘murderers.'” Vasquez said.

Inmates have long been dehumanized in media, schools, and the public eye in general. People have preconceived notions about the incarcerated that have been instilled in them since birth. However, organizations like SQ News seek to change and eliminate bias towards the incarcerated, one article at a time.

“SQ News has always been about two things,” Vasquez said. “Humanizing the incarcerated and accountability.”