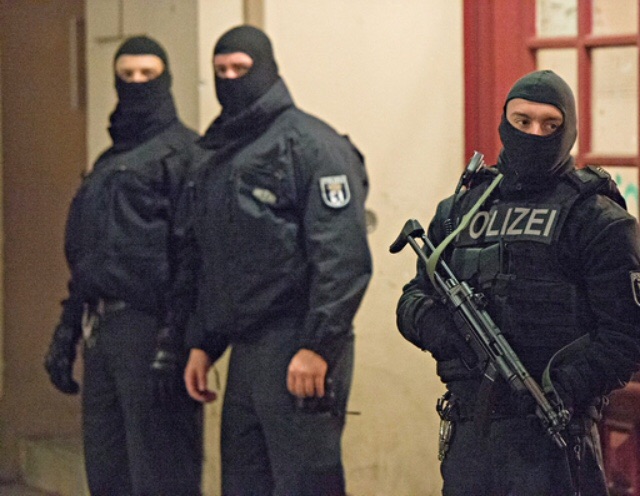 The United States has been collaborating with Belgium to prevent the attacks, an effort that culminated in a police raid on the terrorist forces.

Following a firefight in Verviers between police and the suspected terrorists, two terrorists were killed and several more were arrested.

Large amounts of weapons and other supplies were seized at the scene of the fight.

Due to the continuing terrorist threat in Belgium, the terrorist threat level has been raised to the second highest number. Hundreds of troops are also being deployed across the country as a security precaution.

“It was a possible terrorist attack, but we don’t know if there were more, if this is really a network of terrorist cells in Belgium and if they’re going to attack now, in the next days. Now we have to use all the forces that we have to protect us,” Jan Jambon, Belgium’s deputy prime minister told BBC.

“I think that sending police out across the country was a good idea because now Belgium can react more quickly if the terrorist threat is real. People will also feel much more secure,” said sophomore Alec Narkizian.

The terrorists have been linked to the radical Islamist group ISIS.

“I think that even though the evidence points to ISIS everyone might just be pinning the blame on them,” said sophomore Siobhan Ang.

ISIS has been active in Europe recently and was linked to the Charlie Hebdo massacre.

Charlie Hebdo is a satirical newspaper that ran cartoons depicting Mohammed. Twelve people were killed in an attack on the Charlie Hebdo offices.

Aware of the present threat, European countries such as the United Kingdom have been stepping up their anti-terrorist measures.

Police officers are on guard for potential terrorist attacks.

“I think that ISIS has been involved in Europe recently because they have different values than those in Europe,” said sophomore Nick Tada.