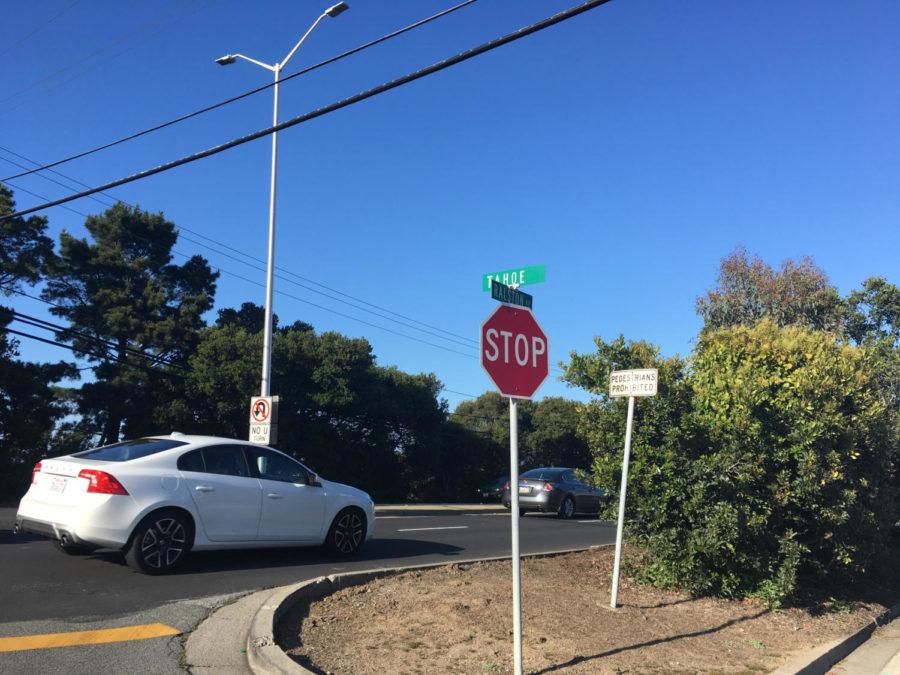 In hopes of creating a solution to the ongoing traffic congestion tied to Ralston Middle School, the Belmont City Council has devised the Tahoe Drive and Ralston Avenue Intersection Improvements Project.

The intersection improvement project, set to get underway in the spring of 2018, a plan of action to ease Ralston’s congestion during pick-up and drop-off times, increase public safety, and clear up pedestrian walkways.

“The school board agreed to fund a signal light at Tahoe Drive and a signal light at the entrance to Ralston. The signals will enable parents making a left turn into the middle school from westbound Ralston to make a protected turn without having to worry about the oncoming traffic. Traffic engineers also believe the signals will help smooth traffic flow at peak hours,” said Charles Stone, a city councilmember.

The congestion has been an ongoing topic within Belmont’s community as the traffic congestion goes beyond the boundaries of Ralston Middle School. Students are especially impacted by the congestion present within and around the middle school.

“When I went to Ralston, there would always be cars congested as far as Alameda de las Pulgas. Because of this, the bus would always spend a lot of time just climbing the hill. Multiple times the bus got caught in traffic and as a result, I was late for doctor appointments and other events I needed to attend,” said Michael Yip, a sophomore.

The area between Tahoe Drive and Ralston Avenue is a hot spot for traffic and congestion before and after Ralston Middle School’s hours.

“In that area, cars would sometimes be unable to pass Ralston as cars would be on both lanes trying to get in. This is just one example of the traffic congestion that comes with Tahoe [Drive] and Ralston,” said Yip.

Despite the popular negative perception of Tahoe Drive and Ralston Avenue’s traffic congestion topic, some believe the congestion issue by Ralston Middle school is not as big as it may seem.

“I haven’t really noticed the traffic on Tahoe [Drive]. I live in Half Moon Bay half of the time and the traffic there is much worse,” Carlmont junior John Griesbach said.

How ever the traffic is viewed by the community, rest assured the project will hopefully positively impact Belmont’s main road.