Belmont prohibits the sale of marijuana 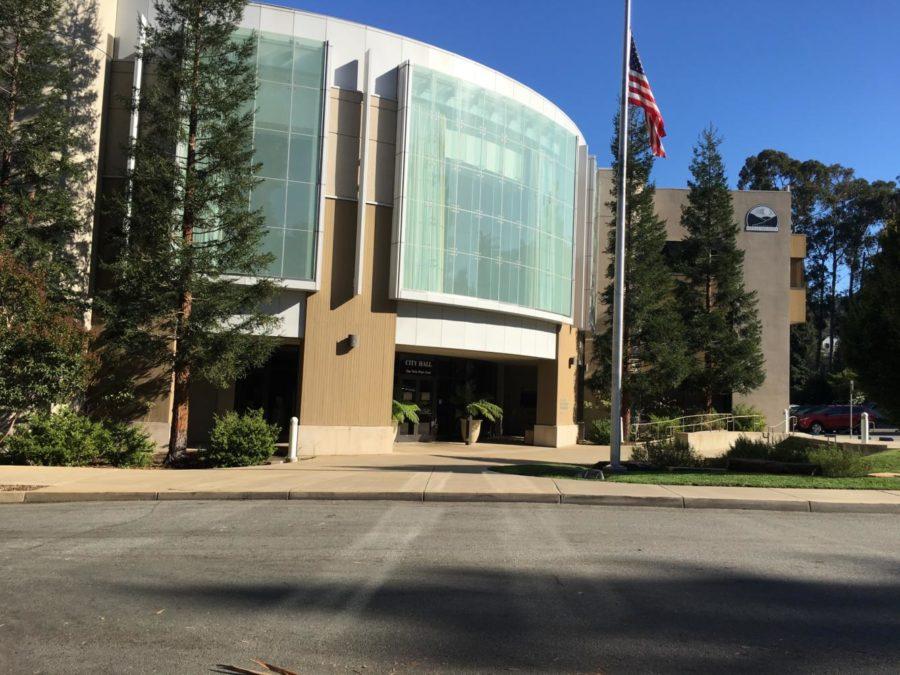 The Belmont City Hall passed an ordinance on Sept. 12 banning the sale of marijuana.

When California passed Proposition 64, the statewide sale and use of recreational marijuana were legalized. Proposition 64 gave individual cities the authority to either ban or regulate sale within their city limits. Belmont passed an ordinance on Sept. 12 banning both marijuana retail stores as well as businesses that produce or test the drug.

According to Belmont Mayor Charles Stone, in addition to Belmont’s ordinance, other obstacles block the establishment of these retail stores.

“The state law prohibits any commercial establishment within 600 feet of a school and daycare,” said Stone. “So if you start building them around all the schools and daycares in Belmont, you’re not left with very much town.”

Other local cities on the Peninsula have yet to pass any law regarding Proposition 64. Given the fact that Proposition 64 is less than a year old, Belmont will be enforcing this ordinance but plans on readdressing the issue in a few years’ time.

While Belmont has prohibited the sale of marijuana, the city has not made any regulations on interior grow operations.

“You can have up to six plants in your house. If you are doing it in your backyard, it has to be a certain amount of space away from your fence,” said Stone.

The ordinance has impacted the jobs of public service workers.

“For the most part, it’s just made our jobs harder now that the case laws of searching vehicles of marijuana have changed as well,” said Belmont Police Officer Eric Gonzales.

Some students at Carlmont think that the law would make the city safer.

“I think the city will be safer because it will be a lot more regulated, and it’s going to be more controlled,” said sophomore Leslie Jin.

Others think the ordinance will not make any difference in how people use marijuana.

“I don’t think a number of people using marijuana recreationally is going to get any lower,” said sophomore Valentina Yudin-Baehrle.

With the passing of Proposition 64 last fall, Belmont along with other Peninsula cities have passed laws in order to deal with the legalization of marijuana.

“Every city up and down the Peninsula is dealing with the legalization of marijuana in California as every city has to figure out how they are going to react to the state law,” said Stone.