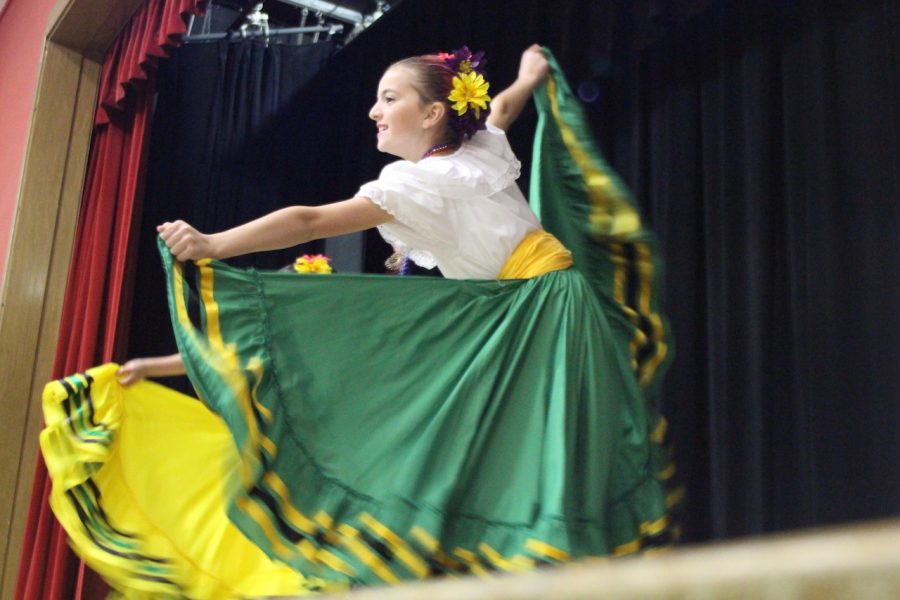 On Friday, Feb. 3, the City of Belmont hosted its first citywide talent show put on by the newly formed Youth Advisory Committee (YAC).

More than 100 people came to watch 25 acts that ranged from dancing to martial arts to music and even a live drawing session.

All ages came to share their talents, from 6-year-olds to adults. The top five acts received gift cards to local businesses that helped sponsor the event, and the audience had the chance to participate in a raffle.

“I love winning!” said Braunstein, who received a gift card to Fare PDQ.

Stephanie Ramos, a senior at Carlmont, placed third with her hip hop routine.

“We chose to do a talent show because [YAC] thought it was important to have an event that featured the youth of Belmont,” said Isaac Braunstein, a member of the YAC. “Most city events are targeted to adults and elementary school children, which leaves the teens out.”

“Events like these are important for the city of Belmont because they bring the city together and build the community,” said Sam Perry, another YAC member. “They keep Belmont a prime location for families and make Belmont a more desirable place to live.”

The audience enjoyed the show which lasted more than two hours. YAC members agreed that it was a success, and the contestants felt happy about their performances and excited for the opportunity.