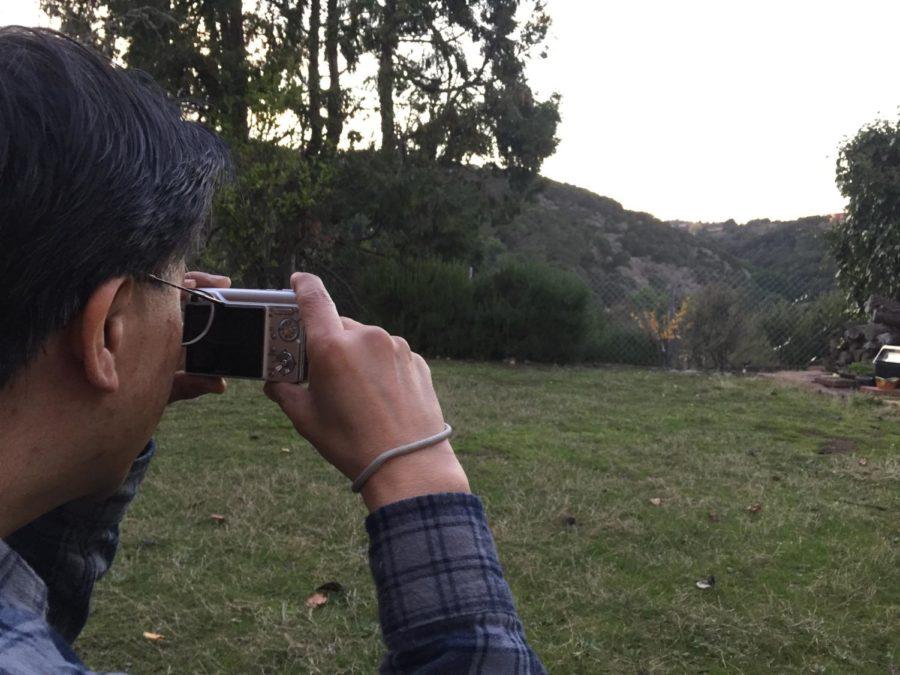 A parent holds a camera in focus to help film the movie for the 72 hour movie making competition hosted by the Belmont Library.

Many students gathered to join the Belmont Library in their 72 Hour Movie Making Challenge on Nov. 17, 2017.

The original challenge of the competition was to make a movie with only three days to work; all the participants’ hard work would be displayed that Friday.

Kayla Marie Figard, the teen services librarian for the Belmont Library said, “We like to encourage creativity in the library, especially among maker activities, so we’ve been doing a film festival for teens, and this creates another challenge making a movie in just three days.”

This gives a chance for kids to express their passions in life and in the process meet others who share similar interests. With the challenge of a time limit of three days, lots of communication is required within the actual process of producing the movie. Also, through the movie, the participants can express their creativity and show others what they are capable of.

“My friend was filming the movie and I’ve been in his films before, and I thought it would be fun. For me I didn’t see it as a competition, more of a time to just hang out with my friends. Although there were some parts I was a little uncomfortable about, but I had fun,” said event participant Sofia Ochoa, a freshman.

Although titled a competition, many of the participants thought of it in a different way. There was a wide range in ages from six through fourteen. Having the many age groups created a light-hearted and simple spirit of competition.

“I love seeing the variety of films that get submitted, and my favorite part is actually the day of the festival to see the camaraderie of everyone joining together, not all of them know each other, but they’re hanging out and talking to each other about films which is really nice to see,” said Figard.

There are many events like these hosted in the library. The purpose of these events is to bring together a community of similar interests, and help kids meet new people in the process.

Another participant, Caden Posse said, “I’ve been making films since I was eight, so once I saw this competition and I really wanted to do it. I really enjoyed the challenge of making a movie in just three days, it was honestly very fun.”

These events give passionate participants a chance to express their skill and show what they love to do in life through film and community.

“It is a competition, but the main idea is just to have fun and do what you like to do,” said Posse.