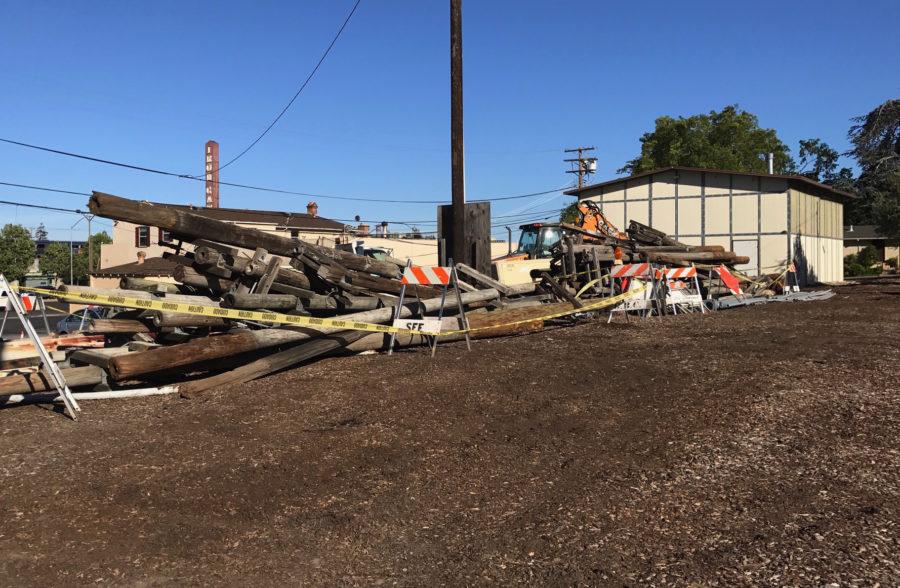 Firehouse Square, the proposed site of the affordable housing units, has been abandoned for years. The new development plans have the potential of transforming this dismal two-acre lot into a vibrant living space.

The Bay Area’s real estate bubble has led to a tremendous increase in housing costs and has affected countless residents. To help cure this crisis, the Belmont City Council has recently approved the construction of affordable housing units that have the potential of lowering housing costs for some Belmont residents.

The approved plan would subsidize $2.5 million to the construction of 81 single-story apartments at Belmont’s Firehouse Square, an empty lot on the corner of Fifth Avenue and Broadway Street. With low rents ranging from $1,080 to $1,450, these units will be targeted towards low-income and middle-class families.

“If it goes through, this will be the most impactful project that Belmont has seen in decades,” said Belmont Mayor Charles Stone in an interview with the San Mateo Daily Journal.

Under former Mayor Eric Reed, the City Council faced multiple obstacles during negotiations with Sares Regis, and eventually, two council members voted to consider other development groups for the project. Another challenge that local lawmakers faced were high construction costs, with an average single unit costing $420,000, according to statewide studies.

“Construction and the costs of building affordable housing have spiked in the past few years,” said Belmont Vice Mayor Doug Kim. “It’s made the developer go back and adjust what they were trying to build.”

Council members recognized the detrimental effect of Belmont’s expensive housing market, and despite the many setbacks during the negotiation process, they were able to achieve a possible solution to this problem.

The approved construction plan could provide a much-needed safety net for families affected by high housing prices, and local officials are optimistic and excited about the potential of this project. Local lawmakers hope that the construction of affordable housing will also lead to the development of a sprawling downtown in Belmont.

“There are lots of good things to like about the project in terms of what it could do for our downtown,” said Belmont Community Development Director Carlos de Melo.

The Carlmont student body has noticed the rising housing costs in Belmont and the many threats this phenomenon poses to residents of the city.

“Rising housing costs in Belmont have driven out lower income families,” said Derek Tzeng, a senior. “This gentrification has led to a wider geographical divide between different socioeconomic classes in Belmont and may affect Carlmont students as well.”

Although multiple local governments have attempted to implement rent control and affordable housing measures, many argue that these actions won’t entirely mitigate the problems of the Bay Area housing market.

“The city government can make housing more affordable, but due to high demand and low supply for housing in the Bay Area, there is little we can do to prevent or manage soaring housing prices,” said Tzeng.

The origins of the Firehouse Square development plan date back to 2009 when the Belmont Redevelopment Agency (RDA) purchased portions of the lot from private owners and issued requests for a new development. However, after a statewide discontinuation of the RDA, the city government had to engage in direct negotiations with Sares Regis. Differences of interests between Sares Regis and the city government led to an arduous negotiation process, but after almost eight years, a deal has been struck.

Local officials remain hopeful that small development projects will lead to greater reforms for the Bay Area as a whole.

In an interview with the Daily Journal, Kim said, “This whole issue really is our best shot to make a statement about what a little city on the Peninsula can do to help with our housing crisis.”