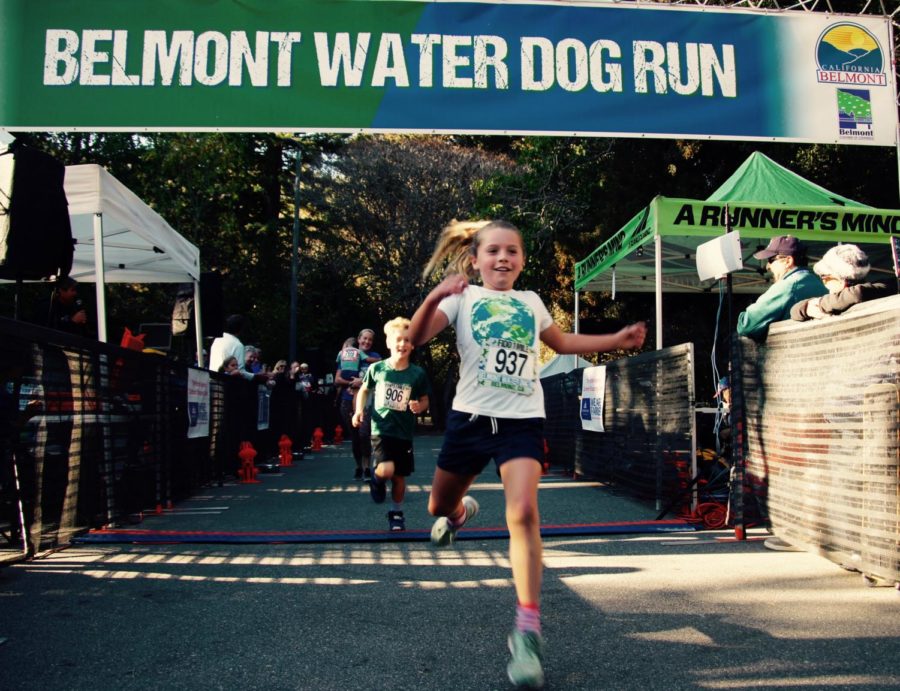 The sun had just come up when 210 runners lined up at the start of the 10K race. The race, which started on the pristine grounds of Notre Dame de Namur University, was the first of six running events to take place that day. These events included a 5K,  three one-mile kids’ runs, and a one-mile Fido Run.

The run was established to raise awareness about educational issues and increase funding for local education foundations such as the Belmont Redwood Shores School District and the Carlmont Academic Foundation.

Usually, permits would slow down the progress of a race like this. However, the city was able to accelerate the process due to the nature of the cause and the enthusiasm from the community.

Race Coordinator Stephanie Davies said, “Once everybody [knew] that this was for a community event, the permits were easier to achieve and receive.”

Many runners decided to participate for the sense of community the race brought. This enthusiasm was reflected by the number of locals that participated. Of the total 900 runners, 763 runners were from San Carlos and Belmont.

The large amount of people who wanted to participate eventually caused the race coordinators to close registration, as there was limited space. But even after closing it, people still called in to register.

The runners themselves were diverse with an age range that spanned from 2 years old up to 81 years old. Among the runners were Belmont Mayor, Doug Kim, and Belmont Vice Mayor, Davina Hurt, along with several members of the Belmont City Council. Numerous teachers and staff from local schools, including Carlmont teachers Andrew Ramroth and Justin Raisner and Ralston Middle School teacher Steve Pomeroy, also joined the run.

Volunteers and community workers were an essential aspect of this event; they ensured everything ran smoothly. A total of 85 volunteers came out to assist with the fundraiser. These volunteers included Carlmont students from the cross country team, cheer team, and Key Club. Members of the local police and medical teams were also present to help resolve any safety or health issues.

Volunteer Griffin Kramer, a member of the Carlmont Key Club, said, “I thought it was a really fantastic community event and wanted to support it by volunteering.”

The event had a wide range of sponsors and business partners including popular local shops and restaurants such as Vivace Ristorante, Hobee’s Restaurant, and Pet Food Express.

The race coordinators are hoping to expand the event for next year, as many thought that the race was a success.

Tyler Yamori Little, a cross country runner from Carlmont who competed in the 5K event, said, “It was great to race within our own city and community. The run itself gave me nostalgic memories of past community runs.”