‘Big Mouth’ is a humorous and entertaining new show 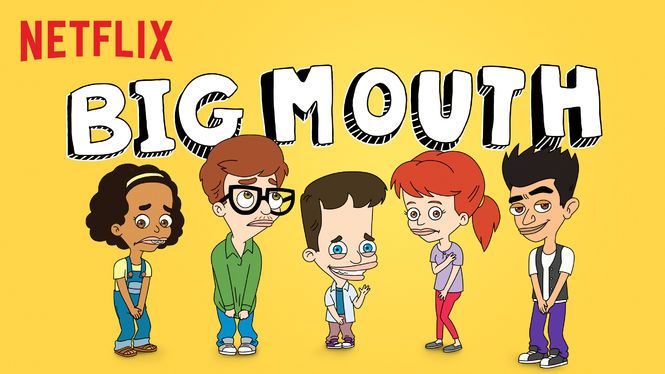 'Big Mouth' is a hilarious show about the troubles of middle school life.

‘Big Mouth,’ a relatively new release on to Netflix, follows the lives of four middle school students and how they deal with the difficulties of puberty.

With interesting animation and even more intriguing players, ‘Big Mouth’ was able to capture the attention of its viewers whilst discussing a touchy topic.

‘Big Mouth’ has also received raving reviews, with an 8/10 from IMDb and a 100 percent from Rotten Tomatoes.

The two main characters, Nick and Andrew, are voice acted by Nick Kroll and John Mulaney, respectively. Kroll has voice acted in multiple films such ‘Sing,’ ‘Sausage Party,’ and ‘Captain Underpants: The First Epic Movie.’ As for Mulaney, Big Mouth was the first large roll of his career.

One of the best things about this show is that every character plays a key role while also adding to the humor of each episode.

For example, Nick Birch, one of the main characters, shows the obstacles of being a ‘late bloomer’ in life. By addressing issues like these from a comedic standpoint, it makes light of something that some might feel uncomfortable about.

Andrew, the other main character of ‘Big Mouth,’ is the so-called typical pubescent pre-teen and shows how hormones can affect one’s life.

Andrew wouldn’t be complete, however, without the help of his hormone monster. Also acted by Kroll, this character is by far the funniest in the entire show. His constant sex jokes, although very immature, are extremely funny and bring the inner feelings of middle schoolers out into the open.

Although at first this show seemed a little over the top, after a few episodes the jokes become expected and become even more amusing.

Each episode of ‘Big Mouth’ covers a different topic of middle school life, with episodes about relationships, sexuality, and pornography.

With season one being only 10 episodes, it is a relatively quick watch. But luckily, Netflix announced that a new season of ‘Big Mouth’ would be released sometime in 2018.

For a show about some of the most awkward moments in a person’s life, ‘Big Mouth’ breaks away and delivers a truly entertaining and comical set of episodes.