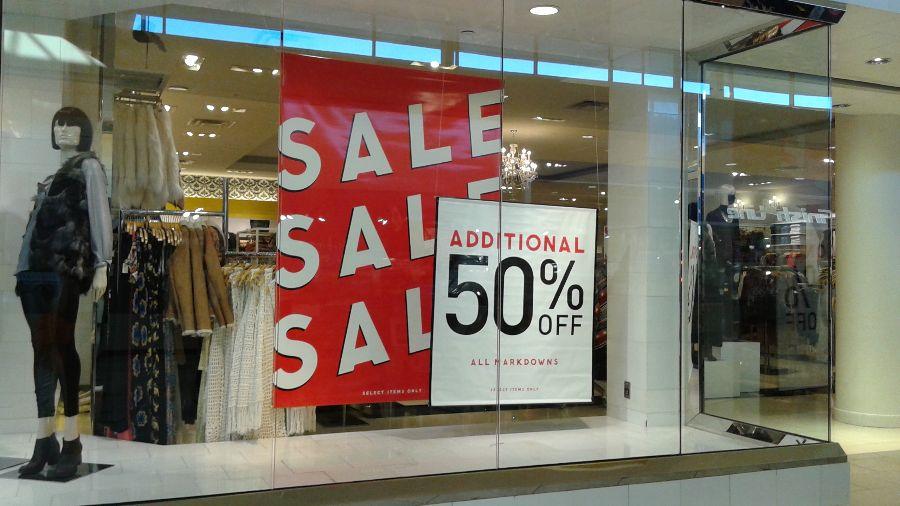 Forever 21, one of many stores offered deals for Black Friday.

Walking through the doors of the mall, on the busiest shopping day of the year, excitement and stress kick in. There are many deals every direction you turn. It’s early, but you know you can sleep later. You want to get those great deals, but are they actually as great as commercials and stores say they are?

The day of great deals started in the early 21st century. This happens once a year, the day after Thanksgiving, the fourth Friday of November. This day is full of hustle and bustle at every mall; this day is called Black Friday.

In the United States, Black Friday is the first day of traditional Christmas shopping, during which crowds of consumers are drawn to special offers and sales by stores. Black Friday has gained popularity in the early 2000s.

This newly-traditional event pushes people into believing that these super deals are important, even if they come at the expense of family time. We can get toys, electronics, and all other goods for much cheaper.

For teenagers, this day is a day to make off with the most we can afford. Most teenagers tend to buy make-up, clothes, and shoes, seeing those items as a priority to buy first. However, there is a catch; how much of a deal are we really getting? There are pros and cons for the Black Friday shopper.

There is a Latin saying, “caveat emptor,” which means buyers should be wary of what they are buying and all that comes with it. For retailers, Black Friday signifies a point in their companies’ economic growth when they can be “in the black,” meaning they increase their assets. What does this mean for the typical teenage buyer?

There are good aspects to shopping on this day, such as the thrill, being able to buy things for a good price and getting presents for others for the nearing holidays. This year I took part in this event, and I found it to be fun. I feel like I got a lot for my money’s worth, despite the fact that I woke up at 2:30 a.m. to do so.

However, there is a belief that retailers first set very high prices just so they can mark them down for Black Friday, making buyers assume that they are getting a great deal on something that was overly expensive beforehand. For instance, you usually can’t get refunds on your merchandise, which can lead one to think that maybe you wouldn’t normally have bought it in the first place if it wasn’t for Black Friday. Many overspend.

Black Friday can be dangerous. While shopping on Black Friday, I mentioned to my friend that I didn’t want to die or get trampled in the process. Death and injuries caused by the craziness of Black Friday can be heard about on the news and social media. Usually shopping is not a contact sport in which you can get seriously injured.

Every year Black Friday starts earlier and earlier; some stores offer pre-Black Friday deals, even as early as a month beforehand. Stores, such as Target and Walmart, offered 50 percent discounts weeks before Black Friday even occurred. For consumers, this creates a sense of urgency to start taking advantage of the bargains being offered.

This leads to the issues of participating in Black Friday. Consumers start this unofficial national holiday as early as 8 p.m. on Thanksgiving night to shop, which ultimately defies the purpose of Thanksgiving, which is to be thankful for what we already have.

Overall, even though this day can be fun, one should be aware of its problems. Both the consumer and the seller can get nice deals, but in the end, like in Vegas, the house always wins.

Next year, when this day rolls about again, just remember what the Romans used to say, “caveat emptor.”