‘Black Panther: The Album’ reigns independent from the film 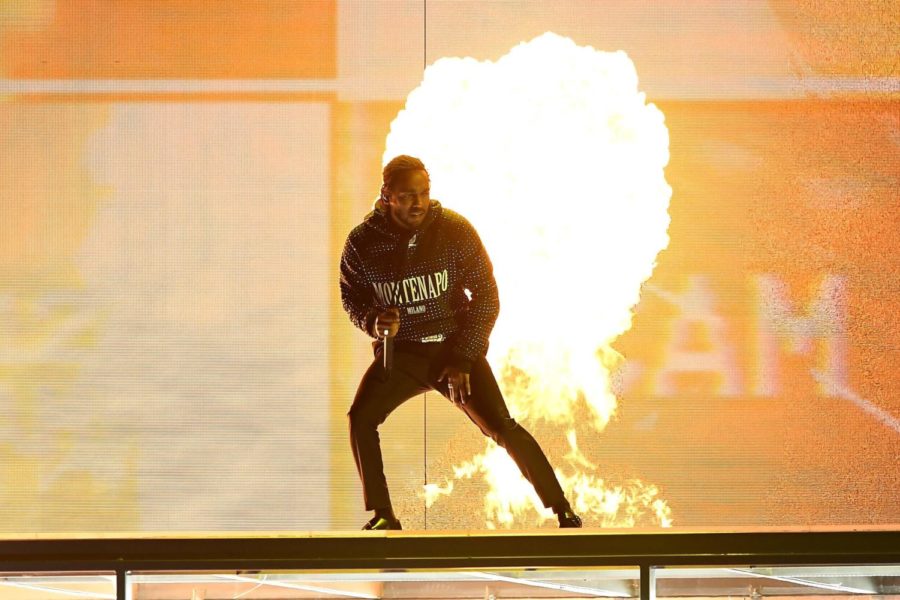 Lamar, the glue behind "Black Panther: The Album," performs at The BRIT Awards 2018.

Marvel’s movie “Black Panther” continues to dominate the box office, taking in another $108 million in its second weekend of release. Kendrick Lamar’s latest companion album, “Black Panther: The Album” sold a total of 131,000 copies to remain at Number One on Billboard’s Top 100.

However, they are not successful because of each other. They thrive on their own, independently.

The album features fourteen songs overseen by Lamar, but not many of the tracks appear in the movie, since the album is more “inspired” by the film rather than made for it.

“Black Panther: The Album” attempts to bring attention to a broader measure of cultural resonance, which the film does as well.

Lamar acts as a glue for this album. The other artists work together as pieces being put together to put out a message as a group while also emphasizing the importance of the movie.

In the album, Lamar goes deep into Black Panther’s thoughts as a new king embodying self-doubt due to responsibilities overwhelming him.

In“Pray for Me,” one of the most popular tracks on the album, Lamar raps about the struggles of being African-American and a trusted hero. The track represents the protagonist’s fight against obstacles and enemies while also dealing with pressure within him: “I fight pain and hurricanes, today I wept / I’m tryna fight back tears, flood on my doorsteps / Life a livin’ hell, puddles of blood in the streets.”

Somehow, Lamar manages to encapsulate the important message into a catchy beat with popular names in the industry (the Weeknd and 2 Chainz are among the artists involved), producing hits without a struggle like machinery.

Lamar is by far the only artist who can produce an album like this: it’s accompanied by a film, but is treated as an individual album due to the favorable lyrics and beats that went into every track.

Yet, each song has a meaning to them, going deeper into the meaning of the film and its protagonist’s inner and outer struggles.

“Black Panther: The Album” is good enough to not need a promotional release to stay on the top of the charts for a while.

And just like that, the infamous Kendrick Lamar has done it again.