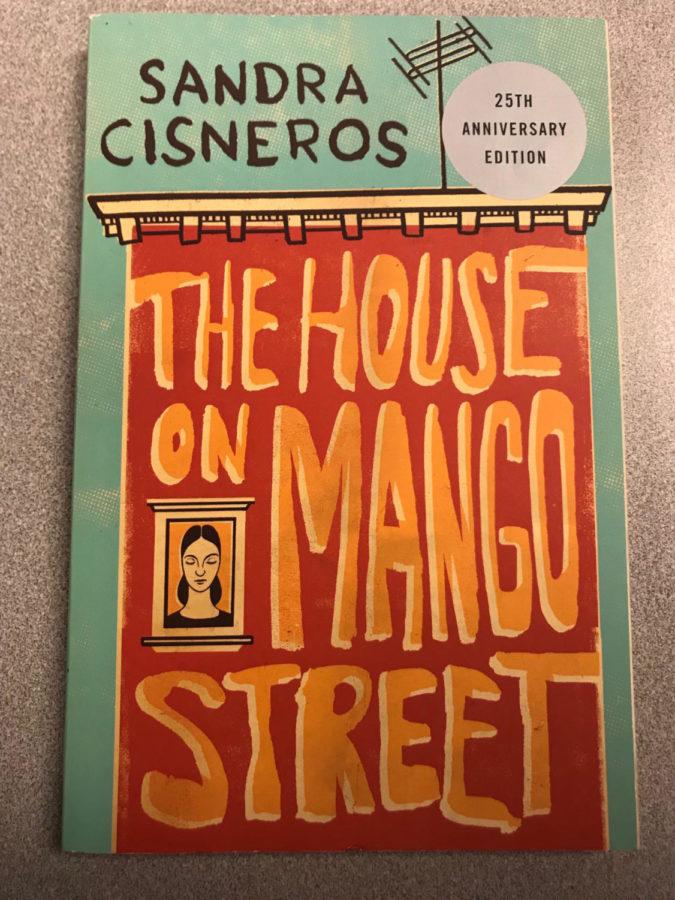 A copy of "The House on Mango Street," the only book I've read at Carlmont by a Latino author.

All three are accomplished writers.

All three are white.

During my two and a half years at Carlmont, Cisneros is the only Latino writer whose book I’ve been given the opportunity to read by my English teachers.

According to the Carlmont profile for the current school year, only 52 percent of Carlmont students are white, yet we aren’t reading books that represent Carlmont’s diverse racial makeup.

A federal judge in Arizona recently ruled that the state violated the U.S. Constitution by banning a K-12 Mexican American Studies program. In addition to the ban on the program, books by Sandra Cisneros, Rudolfo Anaya, Dagoberto Gilb, and other Latino authors that were part of the program’s curriculum were also banned.

Arizona state senators feared that having a Mexican American Studies course would lead to an overthrow of the government. Yet, throughout the 110 pages of “The House on Mango Street,” I don’t remember seeing the word government anywhere.

According to a study by Stanford, having ethnic studies courses in schools can have a profound impact on students, especially Latino males. The study found their GPA’s went up significantly in math, science, and language arts.

Carlmont currently offers a Race, Ethnicity, and Immigration (REI) course that focuses on having students reading a variety of excerpts of literature by several different writers. However, not all students at Carlmont are interested in taking REI, making it even more important to have English teachers provide a curriculum that includes books by more diverse authors.

Having multicultural books in the classroom teaches the importance of respecting other cultures and backgrounds and gives students of color a chance to see themselves in literature.

While white students might not be able to relate to literature written by people of color, they will be able to gain a new perspective on certain issues.

Of course, the English curriculum should not be chosen upon reading books solely by nonwhite authors. Some of the classics that all students should read are written by white authors, but there are also classic books that all students should read by nonwhite authors, that we are choosing to ignore. “The Joy Luck Club,” “Native Speaker,” and “The Circuit” are just a few examples of books written by diverse authors that we should be reading in our English classes.

I know what you’re thinking.

What about the books we’ve read by Richard Wright, Lorraine Hansberry, or Zora Neale Hurston?

Wright, Hansberry, and Hurston are all amazing, black authors whose books I’ve been able to read. As a black student in a mostly white area, I’m happy that I’m able to read books that I can relate to.

Just because we have read books by black authors doesn’t alleviate the problem of reading more multicultural literature. Blacks are only one demographic of many at Carlmont.

We must not forget our Latino, Asian, Jewish, LGBT and Native American friends at Carlmont.