Boys lacrosse makes use of second chance in win against Aragon 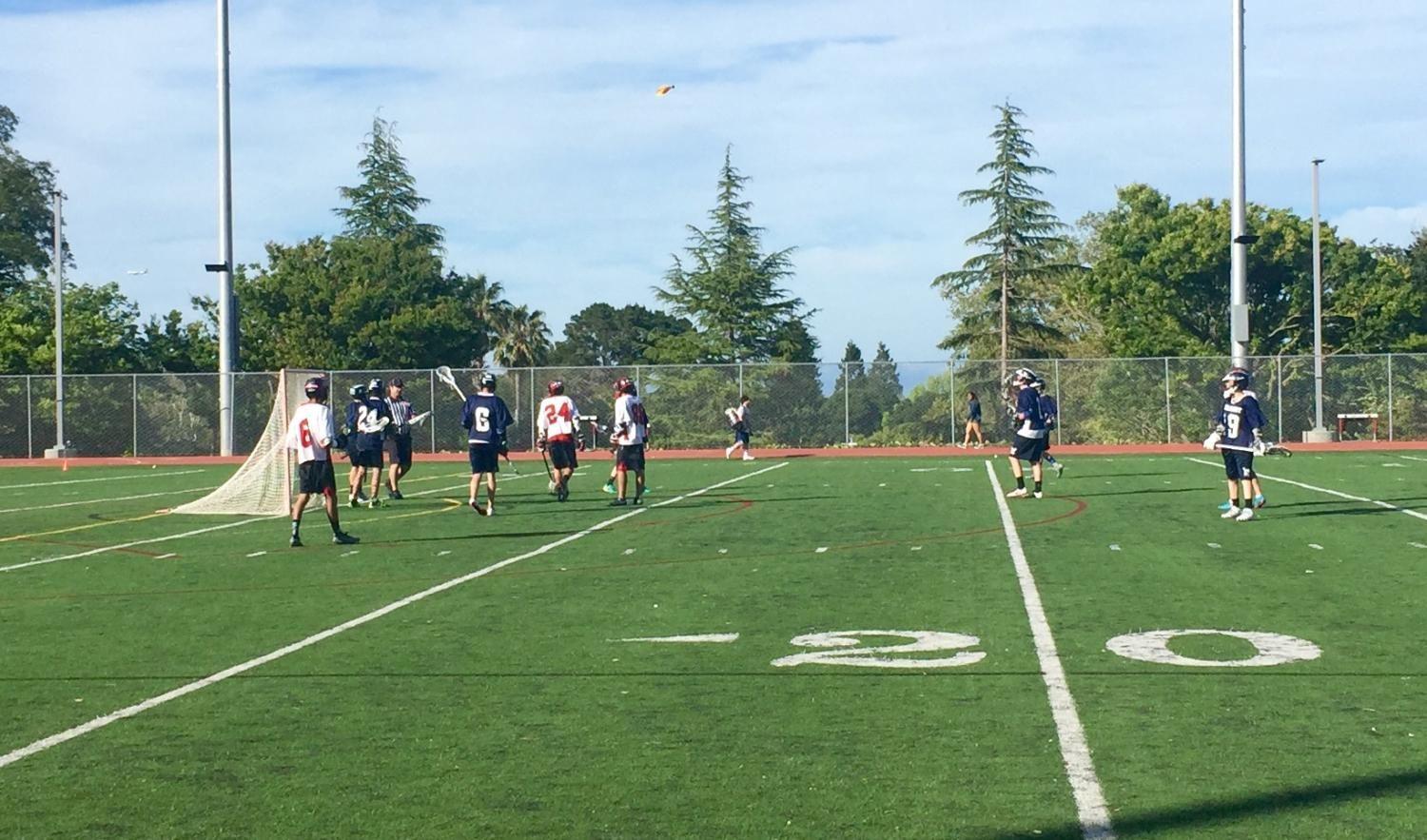 The Dons are called on a foul in the middle of the first quarter by a referee.

On May 4, the Scots were given a second chance to play against the Dons and did not disappoint with a final score of 3-2.

Compared to their loss against the Dons a month prior, this game was clearly better matched.

This stark contrast could be due to a rise in skill from the Scots, or perhaps the weather– with the temperature outdoors cooling from the upper 80s that had been veritably cooking the Bay Area for most of the week; which gave both teams the reprieve they needed to maintain a high energy level throughout the game.

This level of energy from the two was great from a competitive standpoint but unfortunately slowed the game down to a halt for its majority. At its peak in the first quarter, a player from each team, each frustrated with the stalemate, were sent out for varying periods of time due to fouls.

This tie ended at the beginning of the second quarter, where an opposing defender picked up a missed shot from the Scots and returned it as the first goal of the game. However, the Scots returned this with a goal of their own against the Dons just minutes later. The latter’s strong defensive line made it difficult for the former to gain a lead, and the first half concluded with a tie of 1-1.

Throughout the third quarter, the Scots maintained an offensive against the Dons, but without much to show for it due to missed shots as well as blocks from Aragon’s goalkeeper, whose defense was virtually impossible to get past through the end of the third quarter.

Once the teams took the field at the start of the fourth quarter, the Scots finally broke through, scoring a goal to the bottom left corner of Aragon’s goal. However, this burst of energy appeared to go both ways, with a goal being scored in return from the Dons, tying the game up for the second time.

As time on the clock began to slow down, tensions began to rise, and a foul from the Dons was a blessing in disguise– giving junior Brock Lotti the ground the Scots desperately needed to score and take the lead.

“At that point in the game, it was clear that Brock had scored the game-winning goal,” said freshman Parker English.

With their newfound lead, it was clear that the Scots were hoping to win by running down the clock, and changed their play style to maintain possession of the ball, and protecting their goal from the Dons’ attackers.

Goalkeeper Max Jacobs was instrumental in this, “A key to the win tonight was most definitely Max’s performance,” said his teammate John Griesbach.

However, Jacobs’s focus was shifted away from his performance and instead upon his team’s, specifically their endurance,”We played with 100 percent effort throughout the entire game, which was unusual because we typically peter out in the fourth quarter,” said Jacobs.

This defensive strategy proved to be successful for the Scots, who ended up winning the game with a score of 3-2, and will end the season against Sequoia High School on May 9.